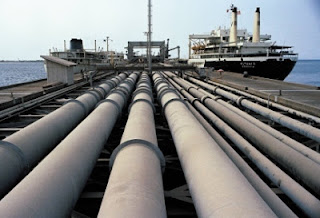 U.S. Treasury Department today announced the start of tightened Iran sanctions, compelling Iranian crude oil customers such as China, Japan and India to keep the payments for their oil purchases in escrow accounts that Iran can only use for locally sourced good and services, effectively forcing Iran to use barter arrangement to sell its oil. The penalty for importers if they do not abide by the new sanctions will be expulsion from the U.S. banking system.

David Cohen, the Treasury undersecretary who oversees the Iran sanctions effort, said the actions were meant to “intensify the economic pressure against the Iranian regime.” (The New York Times, 6 February)

Iranian Ministry of Commerce today announced the formation of an oil-for-goods barter committee to cope with the new restrictions. (Mehr News Agency, 6 February)

So are these additional sanctions an encouragement for the proposed talks by the US ??

Now it clearly appears that the enrichment is not only the sole issue and it suggest that adversaries see an open end to demands for other issues, including a demand that there should be "a peaceful departure of the Islamic Republic ....from Iran".

Victoria Nulund, a US representative, has said that any launches of Iranian rockets violate the UN Sanctions...

So it means that Iran must not launch any satellites and recent flight of monkey: for some it is still fraudulent claim of the "regime", was illegal by that lady, who also had doubts about that monkey.

The sanctions are meant to hamper achievements of the Islamic Republic and show that the real reason of the adversaries is that they cannot accept Revolution's successes and growth of Iran under the Islamic Republic's system. They would rather see Iran as a big good looking neutered poodle...

It is not coincidence that proposal of talks takes place before the Iranian election because they hope that they can smuggle restraining efforts to stifle and to resurect the 2009 power of dissent...

The new sanctions should be an obvious sign of adversaries' utmost hypocrisy.

Drink the cup of poison already and give in!

I was wondering why gas prices spiked 12 cents a gallon more today at my local filling station. Now I know why.

The question is whether the importers of Iranian crude, China and Turkey in particular, would accept the new rules of not paying in cash for oil and make the payments into escrow accounts for barter trade at a later time. If they don’t accept the rules, is the U.S. ready to enforce the new sanctions, namely expelling their banks from the U.S. banking system? Iran’s ministry of commerce, seemingly resigned to the new regulations, has already created a barter committee to structure future deals. We will closely watch this in the coming months.

The "achievements of the Islamic Republic" A-F is the "growth" in lying, stealing,imprisoning,raping,torturing and murdering.

-AN ACT OF DESPERATION!!-

Just who will remind the US policy makers that Iran is not north Korea and that it is next to impossible for the US to subdue this noble Nation by means of sanctions !history's most boisterous Nation only knows one thing -'the logic of power and not the power of logic!"AND ONCE MORE the US has allowed a 'clique' of individuals to determine its global economic dealings.

@we challenge the US to commit its policy on IRAN to a public referendum so as the American public can have a say in the general US/IRAN relations against the allegations of nuclear bomb in TEHRAN!.

@The US is abusing its position as the 'world's only superpower' ! by slapping some bizarre sets of sanctions on IRAN for a phoney crime of 'mulling to build a BOMB ' a claim refuted by its own CIA.and it is evident that there is a mafia somewhere in the US financial system that is benefiting handsomely on the IRANIAN sanctions!.

@and why does a small clique of individuals[in the name of treasury department] allowed to come up with some CRUEL decisions that seems diametrically opposite to what some officials have been proposing lately on the IRAN/US relations.

-THE USA will go down in history as the most boisterous empire,allowing a clique to in its government to determine its fate ,applying double standard in its foreign policy-closing eyes on glaring human rights violations and some state terrorism on friendly nations,giving itself permission to intervene in independent Nations without clear UN mandate,abusing its position as the world strongest economy to bull other nations on some unfounded and clumsy ,allegations!,
and WORST OF ALL deny its populace a say in its general foreign policy and engagement effectively leaving that important organ at the mercy of Zionist hawks in the SENATE!! , SUCH THAT when the sun sets on this empire ,no one will miss it !!!.

No B.M.A,the act of desperation is when you give away the countries oil for a bunch of shovels made in China.

just look at your computer , the processor, keyboard , the monitor and you smartphone
and guess where they are coming

and just today, the us announced they have no money to deploy a second carriere to persian gulf.

Sould iran be aware because of bankruptstate ?

a single carrier group in the Arabian Gulf suffices and carries more than a sufficiency of force to destroy the entirety of the Iranian Navy in a day while dominating the skies of the area.

@anon 6:29
Please repost your comment without substituting Mark's name for something else. Sorry

My computer is made in Japan.
The issue is about Iran giving away its oil to countries like China and India at half the market value for bartered products instead of actual price in hard currency.
And yes that included shovels from China.

Are you always this dumb or is this just a special occasion?

That body of water has always been called the Persian Gulf, since thousands of years back, all the way back to the days of antiquity (references can be found in old texts and maps which were written by the Hellenics and Latins). The name will remain for the fore seeable future. The false term "Arabian Gulf" was a British construct, injected into the region to cause trouble.

Just as Persia was always known as Persia and yet became known as Iran, so too the name of the Gulf may be subject to change.

How about Gulf of Aramco?

Gas is relatively cheap in the US...we have been totally lame struck by the cost here in Sweden - close to 9$/gallon! The EU embargo against Iranian oil has affected us very badly.