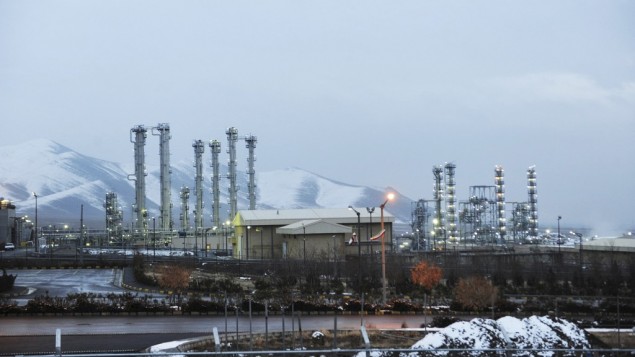 IAEA has told Reuters that Tehran has begun using up small amounts of its 20-percent enriched uranium stockpile into nuclear fuel for its reactors. Iran’s move is seen as a positive signal for diplomacy ahead of an important meeting with the world’s major powers in Almaty, Kazakhstan on 26 February. (Reuters, 11 February)

Iran seems to be deliberately keeping its enriched uranium stockpiles below the bar needed for potential weapons-grade material, Reuters reported.

It is what Iran was telling from the beginning : Iran just need the fuel and obviously it is doing so

This is a deliberate act by the Mullahs to deceit the west and PR ahead of the negotiations.
The Mullahs are after the bomb (Taghiye) is what they are doing until they have all the pieces of the technology to assemble a nuclear device.
There will be a bombing campaign of the Iranian nuclear facilities in 2014 if they don't give up their plans to make a nuclear device.

Yeah fuel for the bomb.

Followed by a ground invasion in 2015.