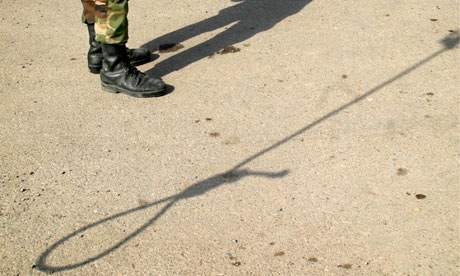 
In another ruling, on Monday the Supreme Court in Iran upheld he death sentences of four Iranians bankers and businessmen accused of a $2.6 billion financial fraud (1). Twenty five others were given various prison sentences.

This case has attracted special attention and the accused were tried in a special court.

Photo credit: The Guardian
Posted by Unknown at 8:20 PM

Funny,didn't Khomeini say water,electricity and bus rides will be for free?
Shouldn't Khomeini's cohorts that are in power in Iran be prosecuted and hanged for fraud and lying to the Iranian people?

Killing ppl in the name of God or in the name of the State(us)...is EVERYWHERE in the wold a Crime in front of God...and for ANY reason...har regime in karo mikone MARIZE...farghi nemikone che dalil...