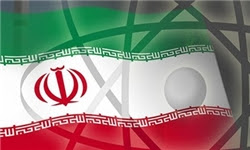 Iran and six world powers ended two days of talks in Almaty on Wednesday, agreeing to meet in Istanbul in March and in Almaty in April to discuss an updated proposal offered by the P5+1. (Reuters, 27 February)

Iran negotiator Saeed Jalili had positive words for the six powers whose new proposal he characterized as the response to Iran’s own offer put forward in Moscow last June. “Getting closer to our viewpoint,” Jalili said of the P5+1's new offer. Jalili is also quoted as saying that the Almaty Talks was a “turning point.” (Al Monitor’s Laura Rosen)

The talks in Istanbul at technical expert level will be held on 18 March, before the Iranian New Year as discussed here earlier. The negotiations at political level will be held in Almaty on 5-6 April. The agreement to meet frequently and in short order was seen as the seriousness of the talks and deemed a success.

Russian negotiator Sergei Ryabkov confirmed that the six powers had offered to ease sanctions on Iran if it stops enriching uranium to 20 percent fissile purity.

Iran had said it needed the fuel for its nuclear research reactor and had a right to produce it under IAEA supervision. But Iran negotiator Saeed Jalili said the production of 20-percent fuel could be discussed in the upcoming negotiations as a “confidence building” measure.
Posted by Nader Uskowi at 8:32 AM

After Khamenei installed that monkey against the will of the people (well because he (who ?) was against the will of the people) he refuses to make a deal while his monkey still remain in his place - that tells you something about intelligent quotient of those people who are currently running the country; the west does not need to bomb Iran : intelligent quotient of Islamic Republic is the bomb ...

This will end up nowhere.It's a merry go round of deceit.

JUST what are you saying sir?-your frustration is evident in your monkey monkey words-WE KNOW PEOPLE like you did not like the talks to bear some fruits,just like your disdain on anything positive done by the regime. YOU are making a monkey out of yourself!!.

I disagree. What happened in Almaty was unusual. The atmosphere was upbeat. The P5+1 offered substantial new offer to Iran, Fordo still operating albeit only for 3.5-percent enrichment, and softening of sanctions, first ever since they were imposed. The U.S. and Iran need to seize the moment and move toward finding solutions to resolve the disputes. Obama-Kerry-Hagel team is the best ever capable of such move. Iran also needs to take this opportunity seriously and do not fall for overplaying its hand.