Upcoming offer to Iran is to shut down Fordow


Major powers plan to offer to ease sanctions barring trade in gold and other precious metals with Iran in return for Iranian steps to shut down the nation's newly expanded Fordow uranium enrichment plant, Western officials said on Friday.

The officials said the offer is to be presented to Iran at February 26 talks in Almaty, Kazakhstan, and they acknowledged that it represents a relatively modest update to proposals that the six major powers put forward last year.

Speaking on condition of anonymity, the officials said their decision not to make a dramatically new offer in part reflected skepticism that Iran is ready to make a deal ahead of its June 14 presidential election.

So the offer is to take away Iran's most protected nuclear site, a site that is fully monitored by the IAEA, at a time when it's nuclear facilities are being threatened regularly with attack. If the report is correct, this is a twist on that famous scene from "The Godfather," where Marlon Brando says "I'm gonna make him an offer he can't refuse, but instead it's:

"I'm gonna make him an offer he can't accept." 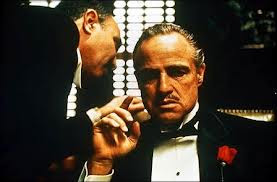 Obviously, unlike in 2010 where the Obama administration allowed Turkey and Brazil to make the Iranians an offer in Tehran the administration were sure they'd refuse but to their surprise they accepted, this time they're not taking any chances with this most recent offer, knowing it is completely unacceptable for a country's leadership to render itself defenseless in such a way.
Posted by Mark Pyruz at 2:29 PM

Mark,
It's no secret that the issue is not which facility is to be shut down in Iran.

Iran needs to demonstrate that it is not trying to hide anything and be transparent and committed in not pursuing nuclear weapons beyond just saying "trust us" or "it's against our religion".

I am sure you are aware that even Iranian officials admitted that Iran has given the west and the IAEA false information about the nuclear program before. This practice was justified as a way to thwart intelligence gathering by spy agencies. http://www.nytimes.com/2012/09/21/world/middleeast/iran-atomic-official-says-it-gave-false-nuclear-information-to-fool-spies.html?_r=0

Iran is not going to be allowed to get away with trying to have it both ways. The west is committed and united on this issue.

Jabber Fazeli,MD a bit off topic but maybe you should consider to write as your next article "the 35th province of Iran" (Syria) as claimed by one of the clerical establishments.He mentioned that for the IRGC to lose Syria they will lose Tehran.

You have become increasingly irelevent with your posts and comments. Just because Mark has questioned the validity of your previous posts, it doesn't mean you can write jiberish on his to get back at him.

Iran has been the most transparent country in the world with its nuclear program. They are fully cooperating and are under full supervision of the IAEA. They even gave the names of the scientists working on the nuclear program to the IAEA which in turn led to their assassination.

So please stop embarassing yourself by speaking nonsense about how iran needs to be more transparent. I wish for you to be removed as a blogger on Uskowi.

Ban Ki-moon said that Iran should not be allowed to drag negotiations on so that it wouldn't be given the opportunity to create a bomb a la North Korea. In a rational world, he should have said the West shouldn't give Iran laughable deals in order to purposefully sabotage negotiations, vilify Iran for not accepting said deal, and choosing the military option!

I think enough is enough. If west is not serious Iran should seriously consider leaving the NPT. What is the reason the remain in NPT while west sabotaging the negotiations. To make the decision more legitimate Iran should perform a vote and ask people directly if Iran shoud remain in NPT or should leave.

The Situation is for Mullahs to realize that they are dependent on American goodwill for a better deal; now, what is the conclusion of this realization for Khamenei?

No running away possible with those sanctions put on Iranian economy ...

"they are dependent on American goodwill"

Spoken like a true neo-con! Khamenei will choose to do what he has always done to these crazy deals - reject, flip America the bird, and continue installing new generations of centrifuges. Now what will you do? :)

Yes in your world there is no need for an economy which has to function for millions of families; Mullahs can feed themselves through centrifuges after all ...

Death once crying once. As I said Iran should leave this so called NPT.West can't do anything more. Their war machine is not working against Iran and they reached to the end of sanctions.

There is no sign that there is the economy is about to collapse. Oil revenue may have been halved, but that still leaves around $50 billion in revenue just from oil (correct me if I'm wrong). Iran's GDP based on purchasing power has just reached $1 trillion and foreign debts have been halved.

Even if Iran's economy does collapse and people do starve due to sanctions, when have sanctions ever caused mass uprisings (even more so, mass idealistic democratic secular uprisings that you envision)? If anything, sanctions pacify a people while tightening the government's grip on power. The same has been seen in North Korea, Iraq, and Cuba. 500, 000 Iraqis starved to death thanks to US sanctions and not a single starvation-induced revolt. Recent polls by Gallup shows Iranians widely blame the US for sanctions-related turmoil, not Iran's government.

the Western "war machine" will have little difficulty in disposing of all of Iran's nuclear weapons development sites should it come to overt military action.

Iranian propaganda doesn't change any of the facts of Iran's military feebleness in comparison to the West.

So you want to destroy Iran ? How about free election ? Ah, that is a foreign conspiracy according to your bizarro world

I see how there were capable of doing so with NK.

@anon 3:28
I'm following the vents in Syria with great interest. Will plan on writing something when I get a dull moment.

Iranian nuclear train left the station in 1992 and nothing can alter that course. Just have a good look at DPRK (North Korea)and the impotence of the so-called west. The only way to even inflict a minor set-back on Iran's nuclear infrastructure is a world war and total US collapse. The best course for Iran to stop these farcical "talks" is to test a nuke like DPRK, India and Pakistan and then let US and its stooges huff and puff for a while and then shut-up permanently. Brother Kim in Korea is the master of nuclear brinkmanship and China has a perpetual middle-finger for the US. In the totally multi-polar Asia-centric world nuclear weapons are the only guarantee of national security against the Zionist/US led hyena pack. Iran has had nukes since the late 90's and it is time to test one so everyone can STFU and go on shopping at Walmart and buy more Chinese made goods.


I like that. It still boggles my mind why Iran continue to remain in the NPT - It's brought nothing but constant accusations upon accusations.

Countries like Pakistan, India, Israel etc. Are NOT members of the NPT and nobody dares question them. It seems Iran's always been asked to prove a negative. North Korea got fed up of this nonsense, withdrew from the NPT and detonated the bomb. As usual, the US huffed and puffed and warned and condemned and threatened and....got use to it. But the North Koreans don't give a sh*t. History proves that the West/Zionist/NATO pack never attack a nuclear capable country.

Iran IS already and nuclear capable country and it's about time the US comes to terms with that fact. To cement this reality, Iran must withdraw from that lousy NPT/IAEA corrupt body and detonate the device.

At the end of the day, to paraphrase the words of a Chinese general, the US cares more about their people than Israel(Taiwan/Japan/South Korea) and they won't risk a nuclear war that will annihilate their people over these puppet countries.

Insted of the writing that "...issue is not which facility is going to be shut down in Iran", I would suggest to write that the real issue for the Zionists and its servants, is how to shut the Islamic Republic down...