In contrast to the all smiles and gestures of solidarity on display in the Press TV clip, the Iranian Federation website strikes a different tone. 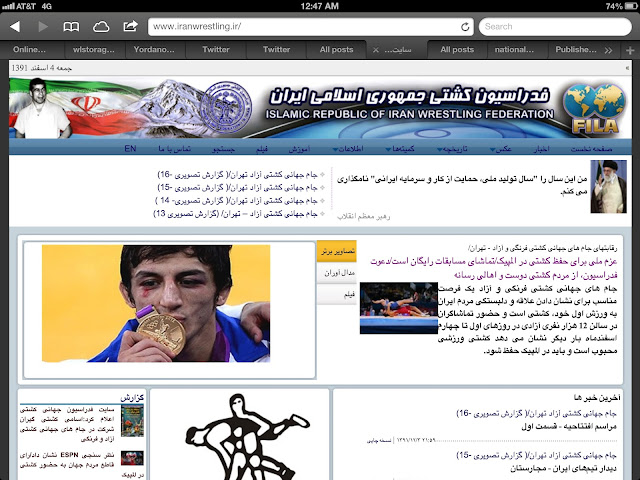 The headlines in Persian are "Motaki [ex-foreign minister] tells Iranian wrestlers, just like in other areanas, you have defeated the Americans", and "Iran reaches the finals after defeating the US". 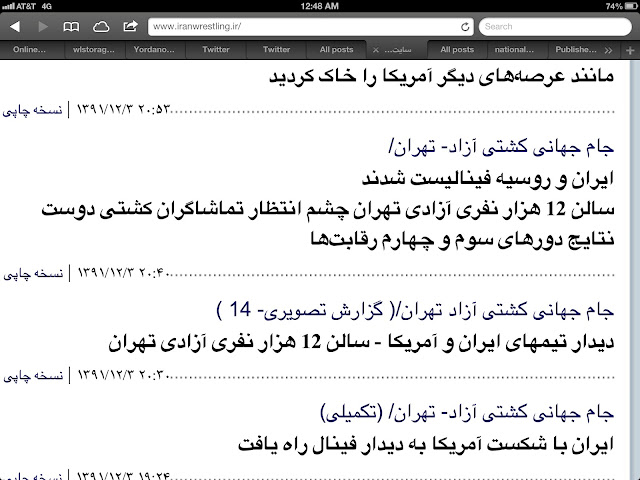 In classic Iranian two faced diplomacy, Iran is conciliatory in English and defiant in Farsi.

For the wrestling enthusiasts, Iran reached the finals after defeating the USA, Bulgaria, Japan, and Georgia (according to mat), and went on to win the world championship for the second year running after defeating Russia 6 to 1.

PS. Wrestling still has a chance to be reinstated in September of this year as the IOC decides what sport to add to replace wrestling.

Glad to see how sports bring together people of all race/creed/color/culture. Sports should absolutely stay uninfluenced and untainted of all the disputes that are going on in the political arena. It was a wonderful event with joyful participants. By the way, Iran won decisively.

Yes,but we want the ping to pong off out of our country.

look at this Picture - wow !

I bet the Iranian wrestlers get "detained" when they visit in may...America ain't a good place to be Middle Easter/Brown. :D