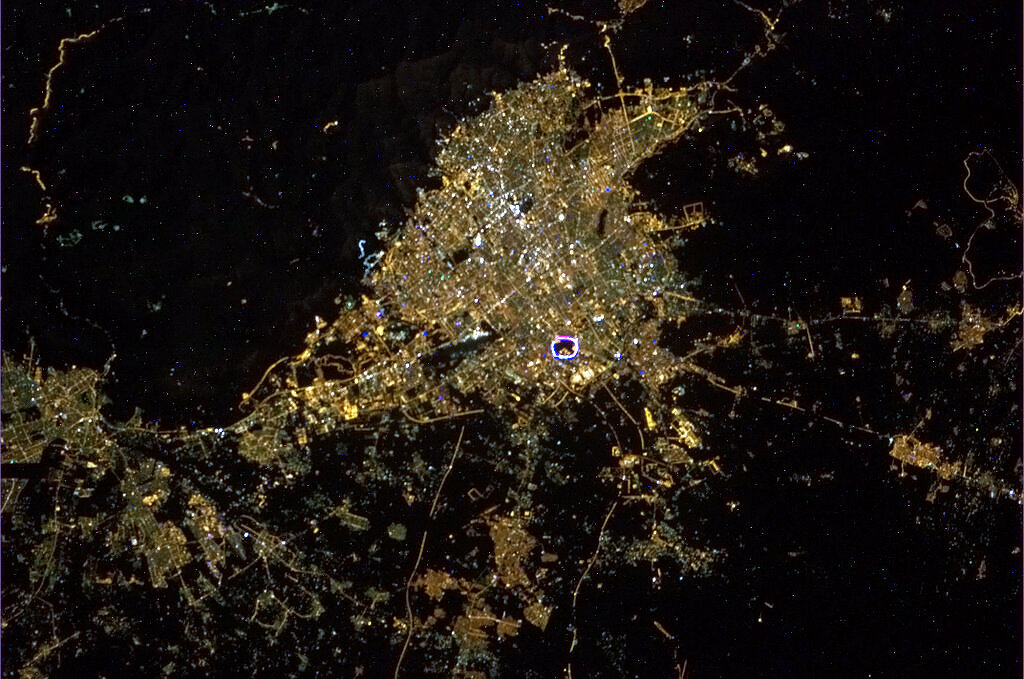 In case you wonder what the bright blue oval is: it’s an airport. Two runways with a ring road around it (please see the Google Earth image below).

Our own Mark Pyruz has identified the airport as the old Ghaleh Morghi Airport, not being used as an airfield anymore. But why so much light? 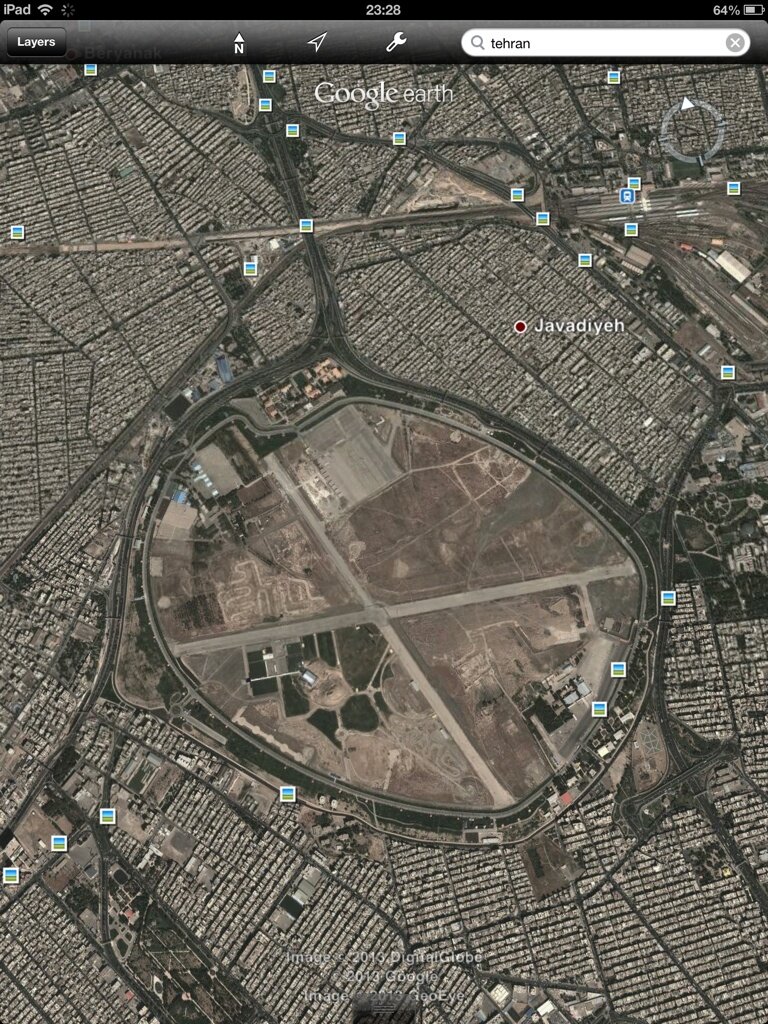 Thanks so much. That explains lack of any aircraft on the ground. I did update the post. Why so much light?

Nader ,Tehran Municipality has been tasked to make it a huge park in southern Tehran the project is only half done !Its Called Boustan Velayat Now!

It should be really called Dozdan Velayat!