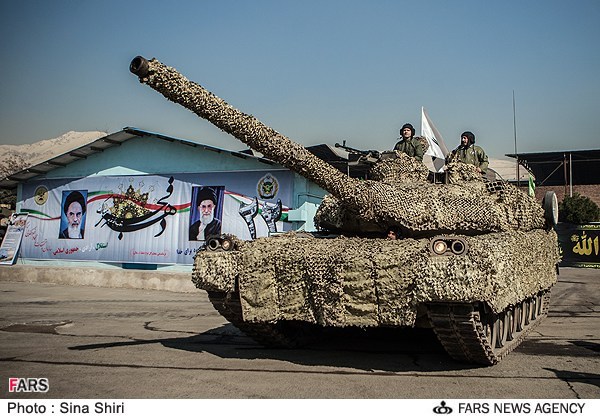 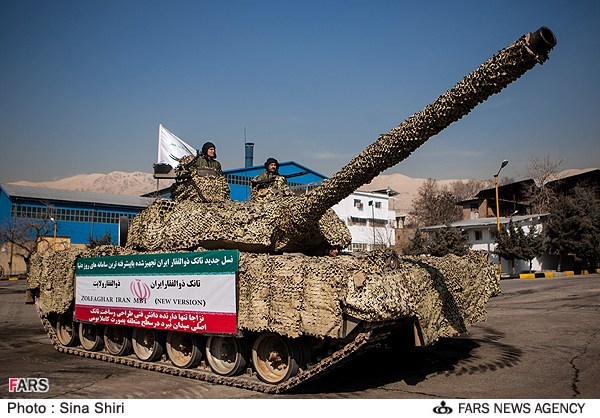 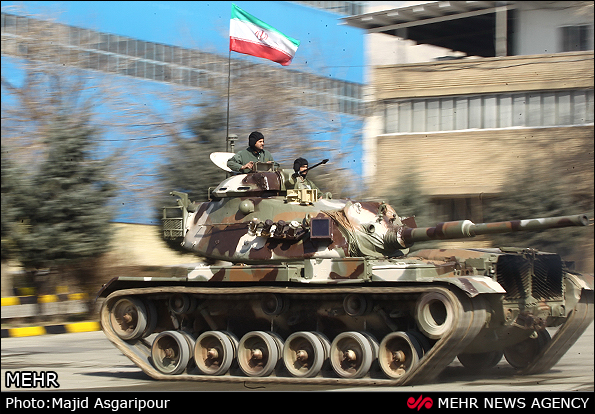 Iran has unveiled the updated versions of Zolfaghar tank. Iranian military reported that the fire control system and the stabilizer of Zolfaghar have been upgraded.

Zolfaghar has a distinctive steel-welded turret and is operated by a crew of three. The tank is armed with a 125mm smoothbore 2A46 gun, which is fitted with a fume extractor. Its secondary armament consists of a 7.62mm coaxial machine gun and a 12.7mm machine gun, Iranian news agencies reported.

Movie of the Zolfaqar tank:

This static tank has been shown a dozen times on top of trucks in a number of years.
The question being,is this so called tank just another mockup?
I would say if we don't see this tank moving and performing stunts,then it is a mockup tank used for propaganda reasons.

NO WONDER THEY RESORT TO NONSENSICAL sanctions and hollow threats in a futile attempt to contain the country! very cunning indeed.THEY KNOW WELL,the young GENIUSES in IRANIAN UNIVERSITIES can be more than a match to them in technology!.

Seen it. But it only proves that they have a tank that is disguised and can fire.
When I mean "a tank" it means only one workable tank which could be made with plain steel and parts off other tanks like T72,M60.
Until they show inside the factory that they are producing these things in numbers and also show real demonstrations of the capability of this tank,I won't believe a single thing what they say.