Karasik and Mills in Conversation with Syria Deeply 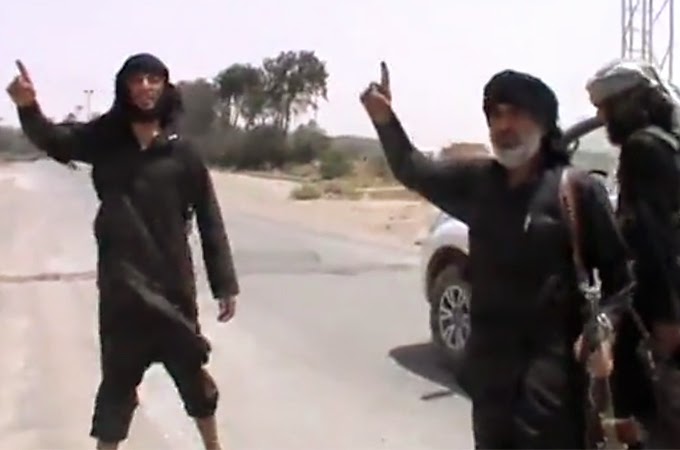 Middle East analysts say a significant portion of Islamic State’s financial resources come from the crude oil it sells on the black market; hence oil fields have become the militants’ prime targets.
Theodore Karasik, director of research at Dubai-based think tank INEGMA, and Robin Mills, a Dubai-based energy analyst, in a conversation with Syria Deeply explain why oil fields have become so important to ISIL and its cash flow. ABC News today carried the piece.
“It should have been obvious to the Syrian government that energy fields were going to become a source of contention because of their value… They [ISIL] are trying to establish a state, and these types of revenues are important for the state's formation because it makes up a significant chunk of their revenue. They can take over eastern Syria without oil revenue, but seizing these types of fields [like Shaar] are part of an ongoing plan to develop their own economic system,” said Karasik. (Syria Deeply/ABC News, 2 August)
Karasik estimates that ISIL is generating $30 million per month from selling Iraqi crude oil and could get as much as $100 million per month from combined sale of Iraqi and Syrian oil. They sell it for $30 per barrel to black market traders who function in Turkey, Syria and throughout the Levant.
Mills adds that the oil fields in Iraq and Syria are old and mature that needs a special technological work to extract oil, and so their production under ISIL is at 10 percent of pre-war levels. ISIL currently controls most of the oil fields in Syria.

To read the entire conversation with Karasik and Mills, please click here.
File photo: Islamic State militants at the entrance of al-Omar oil field in Syria, July 2014. (YouTube/Aljazeera)
Posted by Nader Uskowi at 8:25 AM

This does not add up. Selling oil is more complicated than handling a gun. Who is buying that oil and who is insuring the cargo knowing that the supplier is a terrorist organisation. The only viable option is Qatar or Saudis are fronting the operation themselves which does not look that plausible given their level of competence in these type of operations.

Having said that those ISIL people have to be fed, armed and moreover their family have to be supported. My conclusion is that they are financed by Qatar, SA etc as they are paying their salaries (well Iran is subbing Asad and Hezbollah as well) . This is an interesting point as if West wanted to stop money flow to ISIL, they can easily do so as they have done with Iran. I gather the status quo helps all sides.

Iran has many opportunities now with Iraq in Civil war, Russia under sanctions and Iran’s relations improving with the West. But very long way to undo the damage done through their own incompetence and stupidity. With the current regime in Iran, I cannot see how Iran can go back to norm at all. However, that is another matter!

ISIL loads the crude into tankers and sell them in the local black markets. They charge $30/barrel, a third of the average OPEC price of $100/barrel. And at that price, plenty black market dealers have been ready to purchase it.

i assume you mean road tankers supplying nearby including Turkey etc. Turkey is well known to get smuggled Iranian oil at bargain prices. Again the scale cannot be large then.

Lines of transport offer a prime tagget for interdiction by U.S. airpower. However there are no calls by U.S. leadership or the mainstream media to intervene, likely for reasons of the United States being locked-in with the FP goal of regime change in Syria (and a change of PM in Iraq). And so favorable conditions for the establishment of Islamic State continue.

Obviously international relations affect ISIL’s position; but I suggest that we should not attribute the militants’ success to lack of resolve by international actors, including the U.S., to stop their advance. There are plenty of internal factors at work here: Baghdad’s sectarian approach to governance, marginalizing the Sunnis and the Kurds at the expense of Shia influence; the incompetence of the country's senior military officers, and the attitude of some of them as if they are investors, paying off bribes or using personal relationships to get senior positions in order to enrich themselves at those positions; widespread corruption everywhere, from oil ministry/industry to all institutions of the country, probably one of the most corrupt systems in the world. As long as the Iraqis do not get their act together, ISIL can ride the popular resentment against sectarianism and corruption to victory.