Iraq: Some Islamic State Commanders Retreat Back to Syria

Baghdad Open To U.S. Warplanes Operate Out of Iraqi Bases 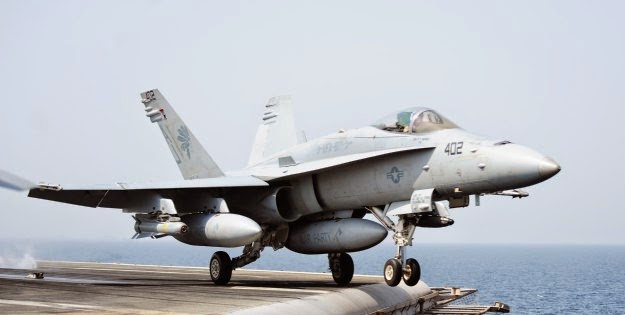 President Obama said on Wednesday that the United States will continue airstrikes. “We will be vigilant, we will be relentless,” he said, speaking as American warplanes conducted 14 airstrikes in Iraq.

Meanwhile, FP’s The Cable reported that Iraqi officials have give their American counterparts “clear signals” that Baghdad is willing to let U.S. fighter jets operate out of Iraqi air bases, allowing the planes to stay airborne longer and deliver more strike. The report added that the Obama administration, however, doesn’t seem all that interested.

U.S. aircraft have carried out nearly 100 strikes, with F-18s taking off from the aircraft carrier George H.W. Bush, and other aircraft assigned to bases in the Persian Gulf.