Military Action in Syria if Becoming Threat to U.S. 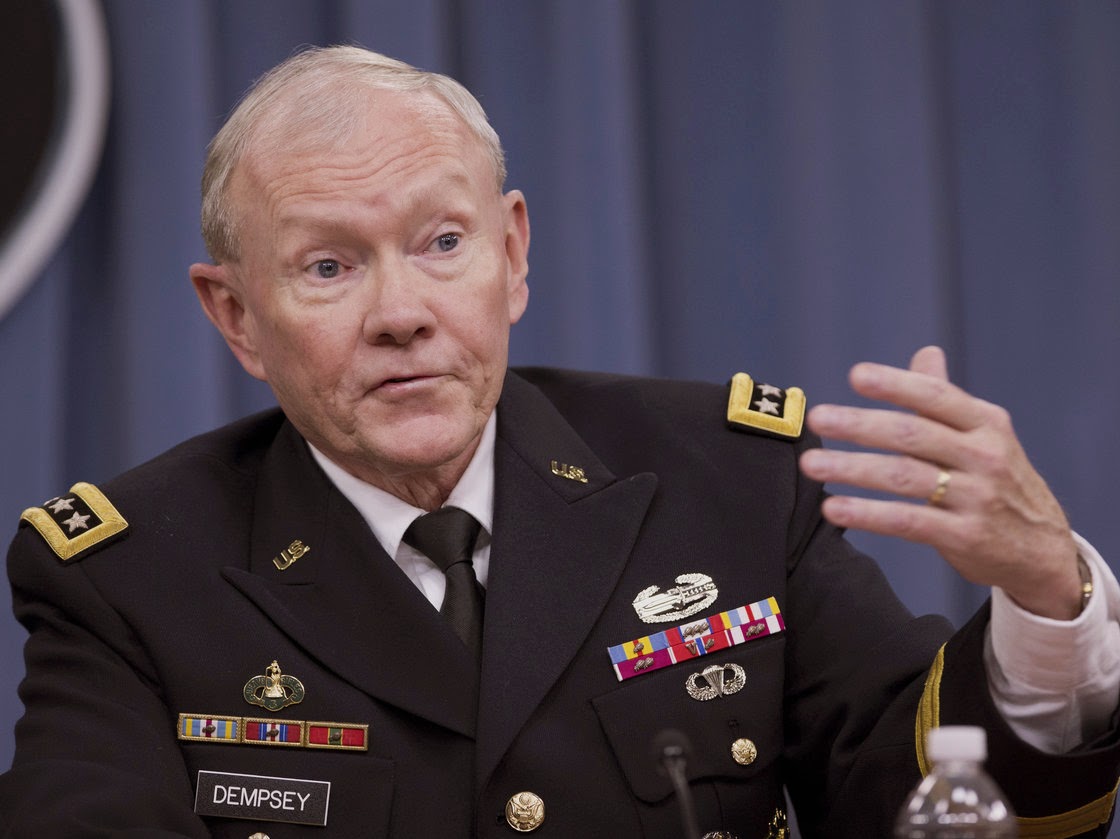 Chairman of the Joint Chiefs of Staff General Martin Dempsey told reporters last night that Islamic State insurgents are more of a regional threat, not planning any attacks against U.S. or Europe; and he will recommend direct military action against them in Syria only if they become a threat to the U.S. homeland.

Gen. Dempsey added that U.S. allies in the region, such as Jordan, Turkey and Saudi Arabia, will join battle against the IS insurgents. The allies, he said, could come together and squeeze the group “from multiple directions in order to initially disrupt and eventually defeat them. It has to happen with them, much less with us.” (AP/Daily Mail, 25 August)

Dempsey made the comments on a military plane en route to Afghanistan to attend a change of command ceremony on Monday. Marine Gen. Joseph Dunford stepping down as the top commander there; Army Gen. John Campbell will take over.

On additional military assistance to Iraq, Gen. Dempsey said there is a possibility to have U.S. forces provide more expanded advice and assistance. He said U.S. military assessment teams looked at about 50 Iraqi brigades and a number of Kurdish units and have good idea which ones have appropriate training and equipment and have not been infiltrated by militia.

To date, U.S. forces have conducted a total of 96 airstrikes across Iraq. The strikes have helped to break the insurgents’ momentum, said Dempsey, and strip some of the mythology that the Islamic State is impregnable or overwhelming.

Do the US government and its associated agencies intend to share intelligence with the Syrian government?

Is the US ready to enter into active collaboration with the Syrian government?

They must also ask for authorization from the Syrian government in order to access Syrian airspace, otherwise such a move would count as military aggression, thus a breach of Syria's sovereignty.

This US general is the wisest man in the military right now, one from the old generation. He has never said any stupid thing and his assessments are all balanced and well thought and strategic.

IN YOUR world He is!.but the world knows the B.O.D's continued training and arming of the militants in Jordan is one among the most stupid military undertakings on the side of the USA.