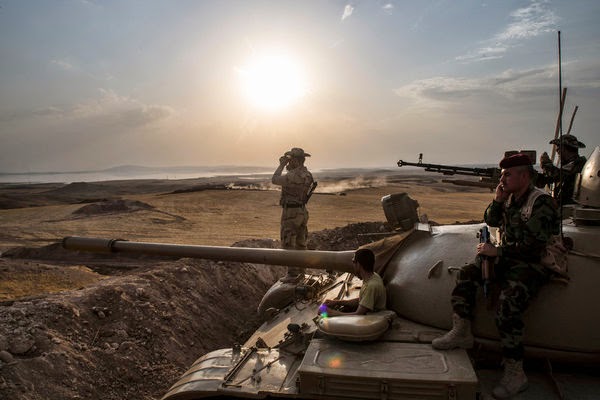 President Obama announced today that Kurdish Peshmerga and ISF Counter-Terrorism Service (CTS) troops, backed by American warplanes, have retaken a strategically critical dam near Mosul, the latest in what the president described as a string of positive steps in halting the advance of Islamic States in Iraq.

“This operation demonstrates that Iraqi and Kurdish forces are capable of working together to take the fight (to the extremists),” Obama said in remarks at the White House. “If that dam was breached, it could have proven catastrophic.” (The New York times, 18 August)

Recapturing of Mosul Dam is the first major defeat for the Islamic State militants. American airstrikes against the Islamic State positions are indeed turning the tide of militants’ advance in Iraq. Coupled with Peshmerga ground operations, the IS fighters were prevented to mount a major attack on Erbil, lost control of two important Kurdish cities last week, and now the Mosul Dam is retaken by Kurdish and Iraqi forces.

The U.S. operations at the dam were the biggest intervention in Iraq by U.S. military since American troops pulled out of the country in 2011. USCENTCOM said that U.S. warplanes conducted 15 airstrike against Islamic State positions at Mosul Dam on Monday alone.

President Obama, speaking about the U.S. involvement in Iraq, added the following:

“We will continue to pursue a long-term strategy to turn the tide against ISIL by supporting new Iraqi government.”

Bottom map and photo: Mosul Dam and The Tigris (Google/BBC) 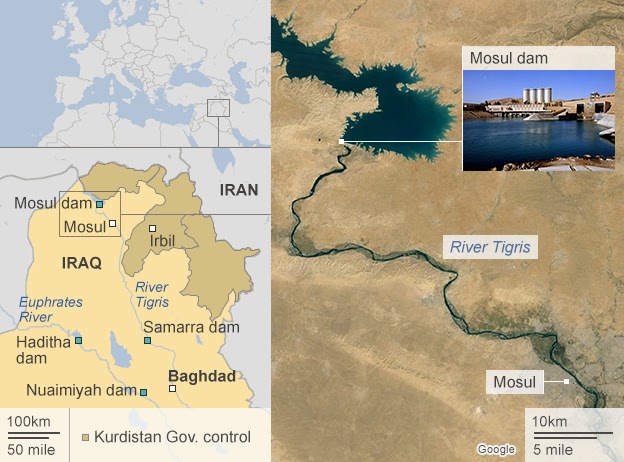 good news. we want these people away from the Kurds at threatening Assad and those supporting him

According to some Iranian Regular Army Special forces had a significant role in these operations, which of course all sides (US, Kurds, Iraq) will try to keep this as quite as possible.

What are your sources? Very doubtful that the U.S. would have provided the crucial air support if the Iranian forces were present. But I understand why the Iranians would like to take some credit for the biggest counter offensive of the war so far!