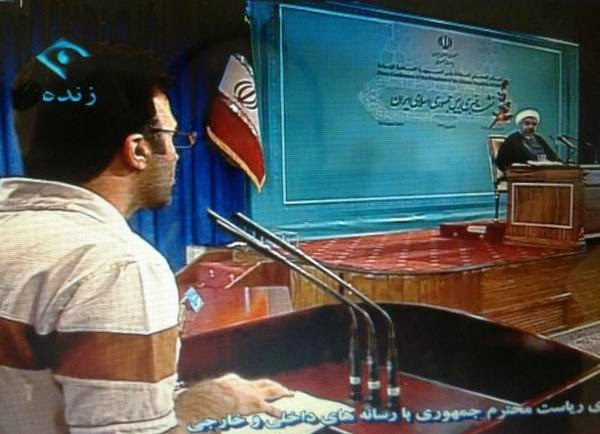 Iranian President Hassan Rouhani said in a press conference in Tehran today that the U.S. action adding entities to the existing sanctions will not damage the on-going talks with world powers. Rouhani, who is expected to attend the upcoming UN General Assembly in New York, said he does not plan to meet with President Obama while visiting the United States.

Rouhani ignored questions about the arrest and continued detention of Jason Rezaian, the Washington Post correspondent in Tehran, although congratulated a Chinese journalist for his command of Farsi language.

Wow!,this guy just keeps bending over,at what point I wonder has he been given enough rope to hang himself

The Nuclear talk willa fail and Rohani will not be elected next time
Maybe we will have Ahmadi-Nejad again.
he knows how can talk with american

if the talks fail, maybe Iran will have someone such as Paul Brenner.