ISF and Shia militias in operations aimed at relieving Amerli 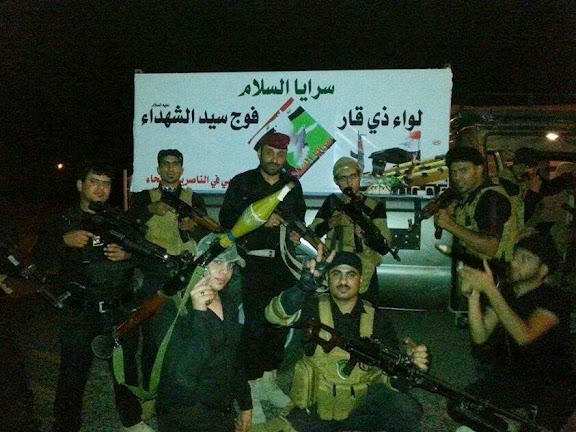 
Iraqi security forces backed by volunteer militiamen on Thursday retook several villages located on the way to the town of Amerli, which jihadists have besieged for months, officers said.

Army Staff Lieutenant General Abdulamir al-Zaidi told AFP that villages north of Al-Adhaim were retaken as part of a major operation aimed at advancing toward Amerli.

Brigadier General Khalaf Jassem confirmed that the villages had been retaken, and like Zaidi put the toll for militants at more than two dozen dead.

In addition to the Iraqi forces advancing toward Amerli from the south, a civilian volunteer commander said that thousands of Shiite militiamen from groups including Asaib Ahl al-Haq and the Badr Organisation were gathering in the Tuz Khurmatu area, north of Amerli, in preparation for a battle to break the siege.

COMMENTARY: It is being reported Iraqi Aviation is assisting with airstrikes in this operation.

Success in relieving Amerli would provide a boost for ISF ground forces and their Shia militia allies, which, without the level of American CAS recently provided in the north, have encountered difficulties in offensive operations against Islamic State fighters. Success on the battlefield would likely see ramifications for the political situation in Baghdad, as well. 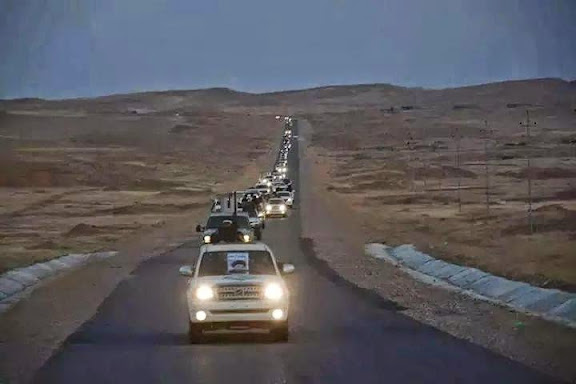 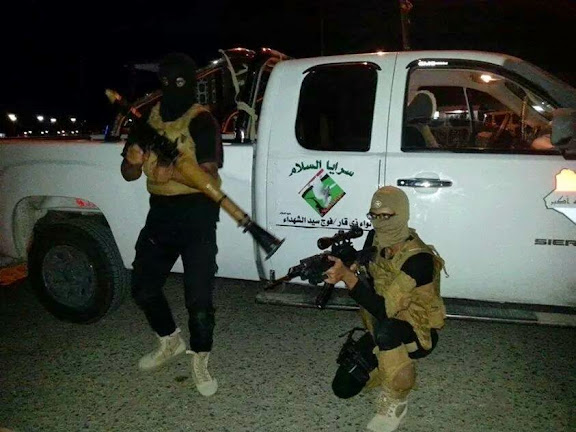 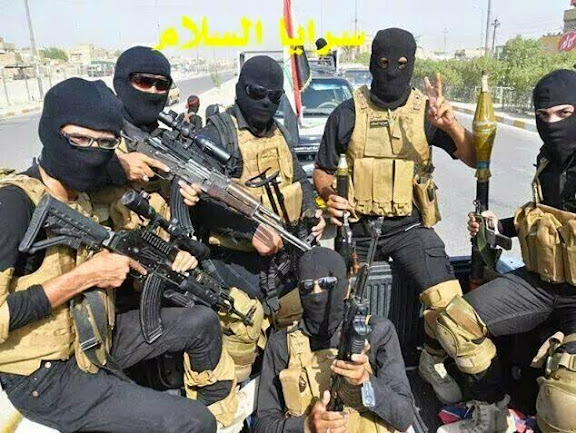 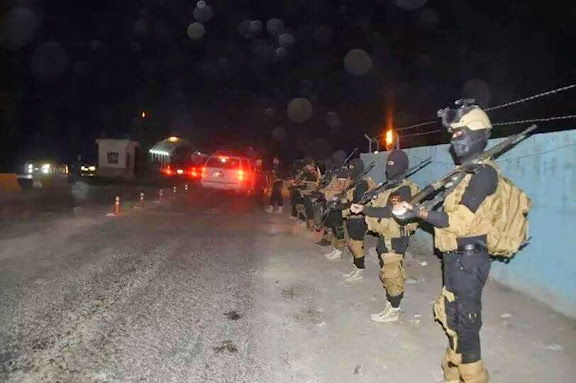 Detail of Iraqi Shia "Peace Brigade" militiamen
Posted by Mark Pyruz at 4:40 AM