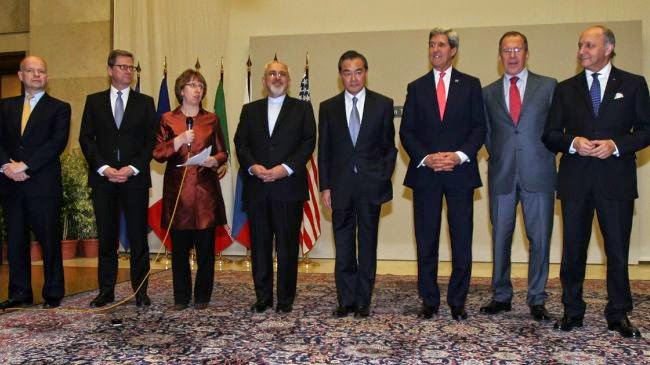 The Iranian deputy foreign minister Abbas Araqchi said failure to reach a nuclear deal will be "no catastrophe." He made the comments on Tuesday. The Iranian media highlighted the comments today. The state-run Press TV carried Araqchi’s comments as the lead story on its website and Twitter account on Thursday. This is what Araqchi had said:

“The Geneva deal has provided an opportunity for us to reach a final deal; however, even if we don’t reach an agreement … no catastrophe will happen.”

Araqchi also singled out the level of uranium enrichment, Arak heavy water reactor, and timetable for the agreement’s expiration date and the process of sanctions relief as issues still under negotiation, adding, “divisions still remain on some of these issues, but we have narrowed our differences on some others.” (Press TV, 21 August)

The belated attention by the country’s state-run media to Araqchi’s comments probably indicates that the government through its messaging is preparing the public for the real possibility of the failure of the talks, as well as warning P5+1 of its readiness to stand its ground on contentious issues, especially its future enrichment capacity.

Rouhani was elected president a year ago partly on a campaign promise of ending sanctions through negotiations with the West. In his first months in office, Iran indeed signed an interim nuclear agreement with P5+1, which although offered only minimal sanctions relief, but raised hope among the public and in the markets of an imminent comprehensive deal to close a dark period of anti-Iran sanctions and anti-Western sloganeering. The national currency rial stabilized and foreign investors visited the country in droves preparing ground for their return when a final deal were reached.

The failure of Vienna talks to produce a comprehensive agreement by its original 20 July deadline was not the news the public was expecting. The extension of the deadline to 24 November, which meant the interim accord was still in effect, did prevent the markets in Iran from overreacting to the delay. But the failure of the talks by the November deadline will change that; hence Arachi’s comments and the attention by the media to discount that future now, in the hope that both the public and the markets will interpret the failure as “no catastrophe.”

There are still three months left for the two sides to strike a deal, and three months in politics, especially during these turbulent times in the region, is an eternity. Long enough for the negotiators to come to an agreement and for the political leaders to accept it as the best bad option available.

File photo: Foreign ministers of Iran and six world powers and EU after signing the interim nuclear accord in Geneva, 24 November 2013. (IRNA/Press TV)

The country is completely held hostage by an 80-year-old dictator.

perhaps the regime thinks that the extended talks have broken the back of the sanctions.....

perhaps if the US and EU think that the Iranians are screwing around .... things might get very, very bad for Iran's economy in rather a short time.

AnonymousAugust 21, 2014 at 12:56 PM
How is the country being "held hostage"?,last time I looked it was the west sanctioning iran for daring to have an indigenous nuclear program,which iran had every right to.

Lifting the sanctions is still the top priority for the regime, and unlike some commentaries and editorial in the local and international media these days, I don't think the regime believes it could break the sanctions without a comprehensive agreement with P5+1. The problem is not sanctions, it's politics. Khamenei still regards himself as the head of the revolutionary faction of the Islamic Republic, a faction which has lived off anti-U.S. sloganeering for 36 years, and is not ready to accept an accord with the U.S. if especially it helps the moderate faction to ride the wave of victory of ending sanctions and international isolation into victory in the Assembly of Expert and Majlis elections next year.

I quite agree that Khamenei and the ultra-conservatives would prefer not to have to make a deal, but the truth is that they wouldn't even have accepted formal negotiations if the sanctions hadn't weakened Iran's economy to the point where they were forced to the table.

if they can't accept a deal and don't think that they can evade sanctions then the economy of Iran is going to melt.... and that just might be catastrophic for the citizenry.

not as catastrophic as war...but still quite bad

Anonymous at 4:58 PM
Actually that is a myth that iran was "forced to the table",iran had always been willing to negotiate,it was the west with its insistence on preconditions of "zero enrichment" that was not interested,it was only with the failure of sanctions and the election of a new "moderate" president that the west finally dropped its "zero enrichment" demand and entered into serious negotiations tho whether the west is actually willing to accept anything more than some very limited token nuclear program remains to be seen I for one am not optimistic

Iran was forced to the table.

The negotiations are along lines that Iran's regime did not wish to have pursued.

AnonymousAugust 23, 2014 at 10:43 AM
If that was the case then why did iran bother with negotiations at all,if the west was negotiating from a position of strength then why did it drop its main precondition of zero enrichment?, the west is having for the first time to accept irans nuclear rights,something that up until now the west had rejected,so just what exactly are these so called "lines that Iran's regime did not wish to have pursued"?.I`m sorry but your contention of iran somehow being forced to the negotiating table is simply not borne out by the facts.