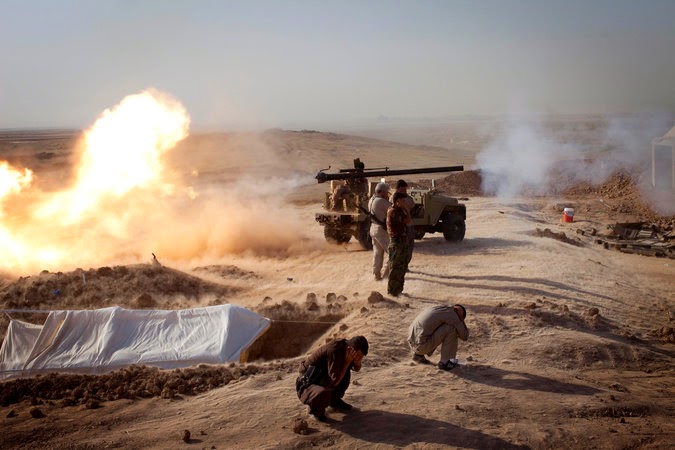 “With American bombs raining down from the sky, Shiite militia fighters aligned with Iran battled Sunni extremists over the weekend, punching through their defenses to break the weekslong siege of Amerli, a cluster of farming villages whose Shiite residents faced possible slaughter.”

What works so obviously in Iraq (government troops with pro-government militias, as ground partners with U.S. airpower against Al-Qaeda-linked Jihadists): the relevant question is does the Obama Administration possess the political courage and good sense to apply such a successful formula for Syria, as well?

Why do they use 1950s vintage weapons? That 106mm recoilles rifle is the poor mans anti-tank weapon.

Anonymous September 1, 2014 at 6:40 AM
Probably because isis/isil doesnt have any state of the art main battle tanks that would require the very latest weapons,something like a recoiless rifle would be a very effective weapon against against them,its light weight portable and packs a punch,tho I would imagine that they`ve been supplied with modern anti tank missiles as well