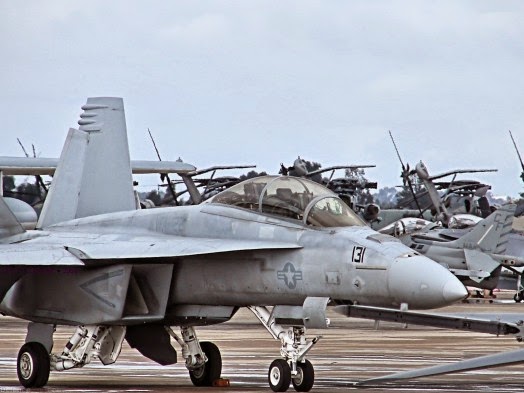 Islamic State fighters have recently overrun a number of towns previously controlled by Kurdish forces, and yesterday captured the strategic Mosul Dam after the Peshmerga withdrew from the area. Today, by shelling Peshmerga positions near Erbil, the IS fighters were threatening the city.

The airstrikes, the first significant US military operations in Iraq since troop withdrawal in 2011, were the start of an air campaign in Iraq to stop IS advance. The immediate objective is to save Erbil, the Kurdish capital, from certain collapse at the hands of the Islamic State.

UPDATE: The Pentagon announced U.S. jet fighters hit an Islamic State military convoy that was headed toward Erbil in the second round of aerial attacks against the militants. Also, missiles from a U.S. drone hit an ISIL's artillery target operating in the same area.

Email ThisBlogThis!Share to TwitterShare to FacebookShare to Pinterest
Labels: Iraq crisis, US intervention in Iraq, US military

And so it begins.

Will be interesting to see if U.S. airpower is used in CAS role to support a true Iraqi counter-offensive (not merely localized counterattacks) to roll back IS, or if CAS is limited to a Kurdish counterattacks in the north until such time American preferences in the adoption of new Iraqi PM is achieved. And to properly address the IS terror group, IS forces also require targeting in Syria, which is something of a policy dilemma given U.S. goal of regime change in that country.

It is almost certain that US involvement, even if it goes beyond the scope of a localized support effort, will certainly not extend to Syrian borders. Indeed I would be extremely surprised to witness such attacks requiring repeated and constant presence and penetration into Syrian airspace for blows against de-facto sworn Assad regime enemies currently supported at least indirectly through American Gulf proxies.

It would inevitably present them with a public dilemma and expose further glaring inconsistencies within current White House geopolitical stances and the related headaches it has a hard time copping with already, having relied more and more on a day-by-day approach because of a lack of clear central strategy, specially since the quasi-collapse of the bulk of pro-Western FSA regional strongholds and consequently its badly waning influence among the Syrian population, that left them with their strongest and most promising alternative to the current regime. Besides, any strikes against IS targets in Syria will directly play into the hands of the Assad regime and no one else in the immediate term, and it would constitute some kind of a geopolitical aberration that would prove quite difficult to justify in front of the harshest hawk critics of the government, specially Republican representatives still angry at Obama for refraining to strike regime target back in 2013 during the "Chemical Crisis". That makes any kind of direct and official involvement on Syrian territory an extremely dangerous gamble, except if this ultimately becomes an opportunistic U-turn in Washington's current reluctance and a prelude to subsequent strikes against regime targets as well, thus taking the risk of getting embroiled in yet another middle-eastern country at a time of severe and persisting economic troubles and strained relation with competing world powers such as China in the Pacific and Russia on Ukraine, the latter being certainly bent on offering every harsher responses to their sole Middle-Eastern ally than they did before their relation got cooled down even more in the meantime, such a possibility arise, obviously, not to mention the Iranian elephant in the room whose interests will have to be reckoned with during crucial times for nuclear negotiations. These would indeed present too many fronts for a relatively weakened America in desire for some detente on hot issues.

Anyhow, the beginning of US strikes might well mark a turning point in current American posture towards the whole IS cross-country surges in the Middle-East, and it will be interesting to see whether it further evolves into more complex relationship and consultations with currently stable powerhouses like Iran itself.

This time the US is using the good bombs !

U.S. intervention is to show it will not let the Islamic State threatens Kurdish allies and the existence of Kurdistan.

At last a positive development for Iraq. Even if the airstrikes are directed at the IS forces in Northern Iraq, it helps the Iraqi government troops indirectly. IS may be forced to reinforce and replace losses in the North, lessening the opposition that is infront of the Iraqi troops near Baghdad.

Iran is a third-tier power, at best.

Well yes, that's probably why its principal regional enemy like Israel still hasn't found a way to deal with it radically in all classical fashion of IDF military adventurism, despite all their media hype about an imminent intervention or non-stop empty talk for the last... 10 years of so from their various leaders claiming it one after the other. You're probably right and we should listen to your assessment here.

That is also why the US didn't go against any of its proxies in Syria, (let alone itself at home), and has been instead helpless watching its FSA allies fail miserably in the face of Quds and Hezbollah intervention that altered the tide of the civil war in favor of a once imminently falling Assad in a matter of months, and being currently busy at taking back one city after the other ever since they stepped into the battle, slowing only against IS forces for the time being.

If that is your definition of a third-tier power, I wonder what a full-fledged power is. The question is not even whether Iran is a regional power, but rather if its ambitions in becoming a pan-regional power are founded. Now of course, certainly a heavy price had to be paid by its economy, obviously sanction have bitten hard and the people is bearing the brunt of this government to government stand-off, as is it always the case in such inter-nation affairs unfortunately, but the very fact that it has so far been the only way the western world and specially the US has chosen to pressure Iran rather than any other form of force application, is testimony to its stronger standing in comparison of other much weaker US foes in the region. The day you see the White House freely ordering drone strike on targets of their choosing, or the IDF come and go performing surgical strikes on its reactors with no second thought, you'll be able to back your claims with facts. So far, I don't see your assessment being credible in any real way I'm afraid.

Iran's theocracy is a fly that hasn't yet been swatted.

bragging about the fact that it's still buzzing doesn't mask the the overriding truth that it's not more than a little pest.

I see a lot of anger and frustration in your claims that don't even amount to argumentation anymore... in turn I would say that this name calling of yours underline the overriding truth that your claims cannot compete with facts on the ground described above. And I feel sorry for you being unable to acknowledge this simple reality. Facts are there for you to check out anytime you feel ready for some pragmatism. The White House did, I think you can pull this off. The regime might be a toxic mixture of corruption and tyranny to its people, it must not however cloud your judgment about its current posture. Indeed, resorting to passionate and arbitrary assertions only weaken the overall credibility of your anti-regime rants no matter how morally legitimate they might prove, and that's precisely what the regime wants.