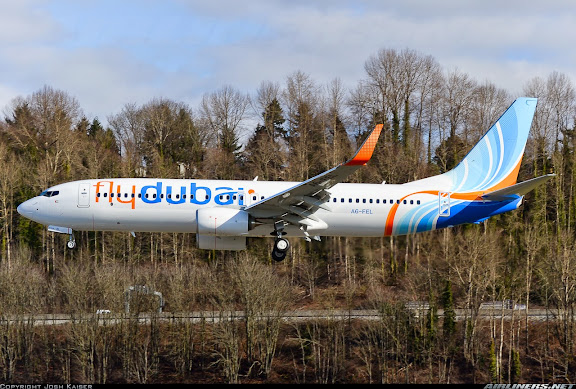 According to Gulf Business:


Dubai-based low-cost carrier flydubai has announced that it will launch four flights a week to Iran starting August. Flights to Iranian capital Tehran will begin on August 10, while flights to Mashhad will start from August 10.

Flydubai will be the only carrier to offer business class from Dubai to Mashhad. The carrier further plans to expand its network in the Iranian market, it said in a statement.

“Flydubai’s foray into Iran is as much of a coup as it is a huge opportunity,” said Saj Ahmad, aviation analyst at StrategicAero Research.

“Given the inherent cultural and economic trade links that Dubai has with Iran, services to the capital Tehran and also Mashhad will further boost those ties – and with Iranian carriers struggling under the weight of old airplanes and sanctions, this is a market that flydubai can arguably dominate and expand with ease.”

The carrier’s cargo arm will also gain leverage through the move, he said.

The carrier took delivery of three new Boeing 737-800s in July, and now has a fleet of 39 aircraft with more than 100 new Boeing aircraft on order.

It began services to Kandahar in July and Aden at the beginning of August and is set to commence flights to Moscow and Kazakhstan in September, Mumbai in October and to Sarajevo and Zagreb in December.

COMMENTARY: Contrary to all the negative reporting concerning Iran's economy, Mashhad is experiencing a construction and religious tourism boom. There are many large-scale tourism and shopping related developments in progress, with no detectable evidence of slowdown (see below). No doubt, the leadership of this new Dubai-based airline seeks to take advantage of these business opportunities, that here in the West go unreported or unconsidered due to sanctions.

Gigantic “Shandiz Holiday and Recreation Complex” taking shape at a fast rate of construction in Mashhad (click to enlarge)
Posted by Mark Pyruz at 1:37 AM

Good news. Flydubai is the low-cost airliner subsidiary of the Emirates. Its flights to Iran will give the people the choice of a good airline that offers reasonable prices. I've flown Flydubai from Dubai to Kabul.

Mark, on your remark, "Contrary to all the negative reporting concerning Iran's economy," we need to be clear here: The "negative reporting" is by the government of the Islamic Republic about the state of economy, high inflation and negative GDP growth since 2012. The indicators of the country's economy is published by the Central Bank of Iran and the government's Center for Statistics, which have been posted on this blog regularly. Rouhani's hope is to bring the growth into positive territory and cut the double-digit inflation by half in short order.

One last point on Flydubai: it's ironic that the flight should begin in the week that UAE filed complaints against Iran with the UN on the three islands.

Very sad that Iran has to rely on UAE for such a basic service.What ever happened to the once mighty Iran Air?
Maybe Iran should be a part of UAE because they surpass us in all economic fields?

The mighty IranAir and the mighty Iranian people are supposed to be humiliated even further by the US and its allies with the help of the imposed sanctions. This way the US promotes a country which is less than 40 years of age and tells the Iranian people to look to this little new born for the basic services. BUT this strategy will fail as US will realize some basic natural laws cannot be changed and the attitude towards the Iranian people and its historic position in the region and the world will be recognized soon.