UPDATE: There are reports that Peshmerga forces have reached Yazidis on Mount Sinjar on Thursday night and evacuation is underway. 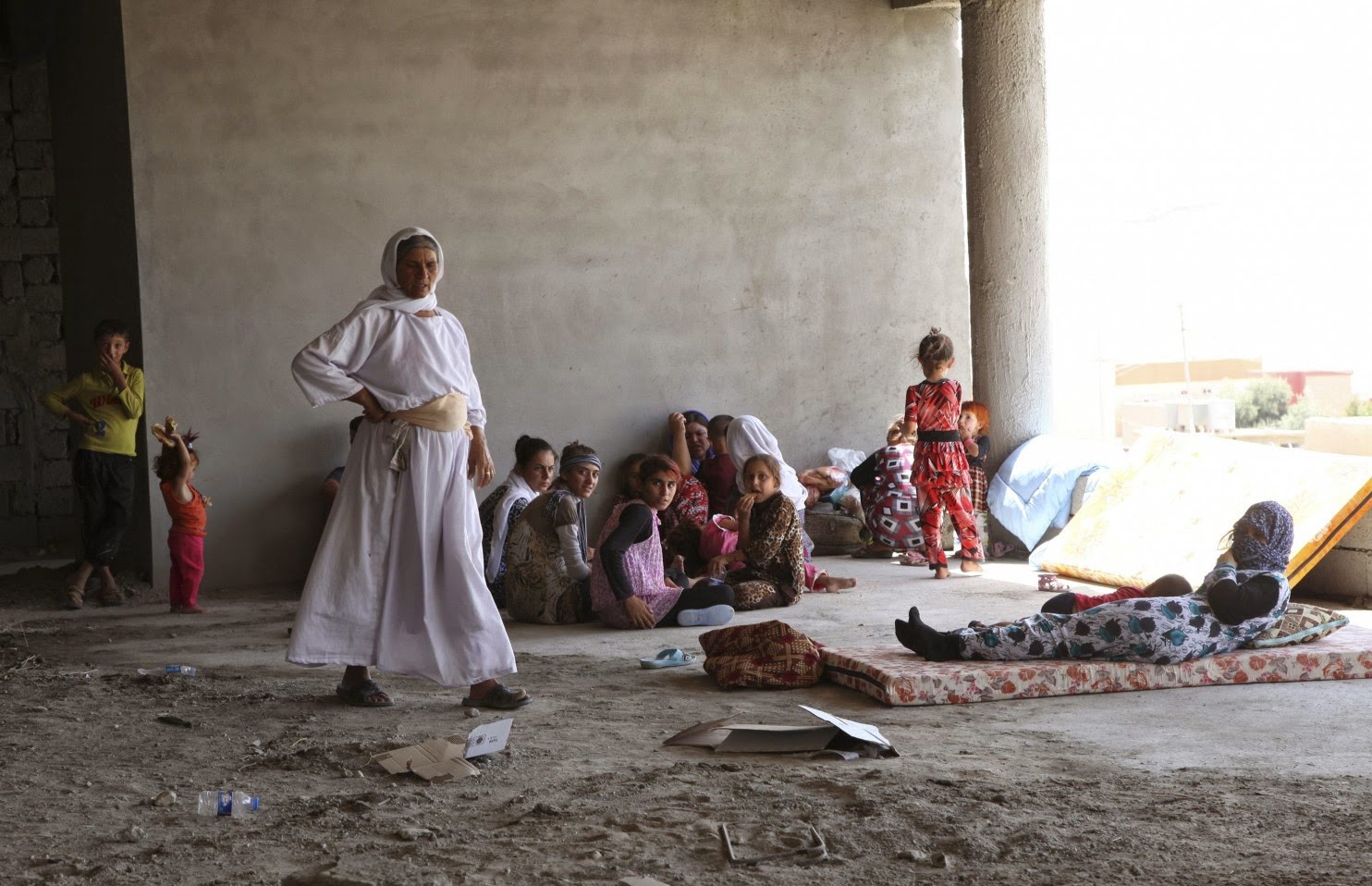 Iraqis appealed for emergency help for thousands of Yazidis stranded on a mountaintop in the country’s northwest, with little food or water. The Yazidis fled Sinjar after the Islamic State fighter overran the town previously controlled by Kurdish Peshmerga forces last weekend.
An estimated 10,000-40,000 of them sought refuge on the peaks of Mount Sinjar, the Washington Post reported today. Peshmerga forces have so far failed to break through IS’s lines to reach them. The Iraqi government conducted two airdrops to help the refugees on Wednesday.
Meanwhile, the Islamic State extended gains in northern Iraq on Thursday, seizing more towns and strengthening a foothold near the Kurdish region. The IS fighters captured Tilkaif, Iraq’s biggest Christian town, forcing thousands of residents to flee. (Reuters, 7 August)
The Islamic State said in a statement on its Twitter account that since its latest offensive began at the weekend, its fighters have seized 15 towns, a military base, and the strategic Mosul dam on the Tigris. Kurdish officials say the Peshmerga forces still control the dam.