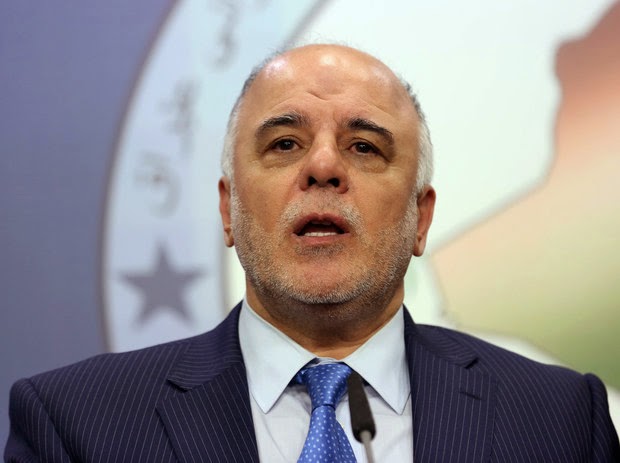 Iraqi president today named Haider al-Abadi as the new prime minister of Iraq, defying Maliki who has been standing his ground despite mounting pressure to step aside.
President Fuad Masum used his constitutional power to name Deputy Speaker Abadi, a leading member of the Shia's National Alliance and the spokesman for Da’wa party, to form the new Iraqi government. He has 30 days to introduce his cabinet to the parliament for a vote of confidence.
Abadi received widespread support from within the Iraqi establishment, as well as internationally. The Kurdish alliance as well as leading Shia politicians, including some members of Maliki’s State of Law bloc, expressed their approval. It was understood that the change in premiership also had the backing of the country’s influential Shia leader, Grand Ayatollah Sistani.
President Barack Obama called Prime Minister-designate Abadi on Monday afternoon, expressing the support of the U.S. government for his leadership to form a government of national unity at an earliest time possible. Earlier Secretary of State John Kerry had welcomed Abadi’s nomination, and the prospect of formation of an inclusive government.
But Maliki was defiant. He said in a televised address that he would launch a legal challenge against President Masum for not naming him to form the new government. He backed his challenge by having Iraqi Special Forces, apparently loyal to him, display a show of force in the capital. The Iraqi Army, however, said they are the “army of Iraq” and not of any person, answering to the legitimately-elected commander-in-chief.
Maliki’s challenge will raise tensions in Baghdad among the political elite of the country, probably at the worst time possible to maintain the country’s unity in the face of Islamic State’s advance.

Meanwhile, the Iranian media took an unexpected turn and effectively sided with Maliki. IRNA and Mehr News Agency highlighted Maliki’s defiance against naming of the new premier. This was unexpected as the Iranian officials and media were signaling in recent days of their disapproval of Maliki and publicly supporting Ayatollah Sistani, who had called for a change in leadership. The Iranians must have revisited their strategy regarding the issue, and could have encouraged Maliki and the Iraqi Supreme Court to go for a Maliki's third term. Or the official media could have gone against the leadership on this issue, which would be highly unlikely!
Photo credit: Iraqi Prime Minister-designate Haider al-Abadi (McClutchy)
Posted by Nader Uskowi at 7:14 PM