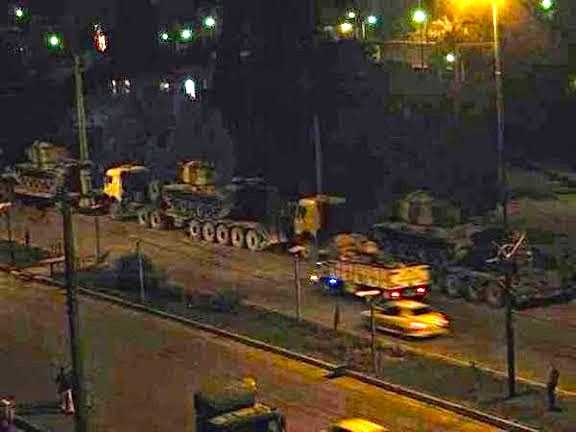 Very important development if an Iranian armored column has actually crossed the border at Khanaqin and entered into Iraqi territory. Even if it is for limited operations, it is still an offensive operation undertaken by the Iranian ground forces inside Iraqi territory. The proximity of Jalula and Khanaqin to the Iranian border and the Iranian city of Qasr-e Shirin was a major concern for Iran.

BTW, reports by Iraqi media indicate two separate operations going on in the area; one at the entrance of Jalula, as reported in our earlier post, and one in a town close by. The report of U.S. CAS in defense of Peshmerga apparently refers to the Jalula’s entrance operation. Not sure if these Iranian tanks were being used there.

what is your take then?you are only saying 'important development!.,FOR the first time are you supporting this latest move by the IRI ?.