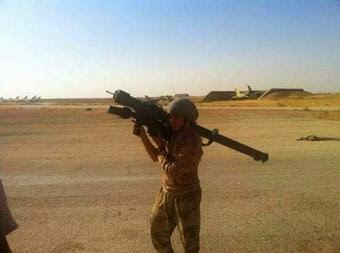 Does this event create the justification needed for western intervention in Syria?

What ? An AIM-9 Sidewinder missile in a Syrian airbase ? Seem utterly unlikely, to say the least. They must have confused it with its Russian equivalent mentionned above. It's like saying that an IDF airbase uses R-27 missiles...

As we noted in the post, the short-range air-to-air missiles were probably K-13 type.