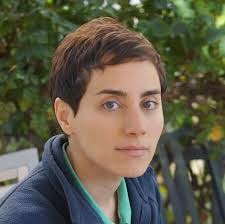 An Iranian-American mathematician is the first woman ever to receive a Fields Medal, the highest honor bestowed on a mathematician. The recipient, Maryam Mirzakhani, a professor at Stanford, was one of four mathematicians to be honored on Wednesday at the International Congress of Mathematics in Seoul.
The other recipients this year are Artur Avila of the National Institute of Pure and Applied Mathematics in Brazil and the National Center for Scientific Research in France; Manjul Bhargava of Princeton University; and Martin Hairer of the University of Warwick in England.
The award is given out every four years. The 52 medalists from previous years were all men. Mirzakhani received her BS degree from Tehran's Sharif University in 1999 and her Ph.D. from Harvard in 2004.
“This is a great honor; I will be happy if it encourages young female scientists and mathematicians,” Dr. Mirzakhani was quoted as saying in a Stanford news release on Tuesday. “I am sure there will be many more women winning this kind of award in coming years.”
Much of the research by Dr. Mirzakhani, who was born in Tehran in 1977, has involved the behavior of dynamical systems. There are no exact mathematical solutions for many dynamical systems, even simple ones.
“What Maryam discovered is that in another regime, the dynamical orbits are tightly constrained to follow algebraic laws,” said Curtis T. McMullen, a professor at Harvard who was Dr. Mirzakhani’s doctoral adviser. “These dynamical systems describe surfaces with many handles, like pretzels, whose shape is evolving over time by twisting and stretching in a precise way. They are related to billiards on tables that are not rectangular but still polygonal, like the regular octagon.” (The New York Times, 12 August)

short excerpt from an


Q. Could you talk about your mathematical education?
What experiences and people were especially
influential?


I was very lucky in many ways. The war ended when
I finished elementary school; I couldn’t have had the
great opportunities that I had if I had been born ten
years earlier. I went to a great high school in Tehran,
Farzanegan, and had very good teachers. I met my
friend Roya Beheshti the first week after entering
middle school. It is invaluable to have a friend who
shares your interests, and helps you stay motivated.
Our school was close to a street full of bookstores in
Tehran. I remember how walking along this crowded
street, and going to the bookstores, was so exciting
for us. We couldn’t skim through the books like
people usually do here in a bookstore, so we would
end up buying a lot of random books.
Also, our school principal was a strong-willed
woman who was willing to go a long way to provide
us with the same opportunities as the boys’ school.

This is a great news on par with winning a Nobel prize. It is also more important as both individuals who have won this great honor for Iran have been women.

Good news.So sad that she can not serve her country due to the type of ignorant regime in power.

Iran's Nobel laureate was a judge until Khomeini and his boys informed her that women were unfit to be judges and booted her off the bench.

I find that comment of hers baffling regarding "I couldn't have had the great opportunities that I had if I had been born ten years earlier" ie 1966 instead of 1977.
In 1971 my aunt received her Phd in physics in Iran.So I don't know what her school taught her as regards history of modern Iranian education system.

What she is saying is correct. The akhoonds closed universities during the 1980s. If you were an 18 year old male coming out of high school you got encouraged to go to the front as a Basij or you were sent there as a conscript while doing your mandatory military service. My superiors wanted to send me to Faw in the last year of war, I was so lucky, i got placed in Kurdistan. The day after i was supposed to be in Faw they said the enemy had attacked and killed almost everybody.

Aryamehr technical university was established in 1966 and was of high standard then.It was renamed sharif because of a MKO member by the name of sharif vaghefi who didn't agree with its members about making the MKO ideology Socialist(sane) as opposed to islamist(insane).Those members who disagreed with sharif decided to retire him.Sharif was one of rafsanjani men,hence his name on the former Aryamehr technical university.Those members were murdered by the insane islamist cult followers of khomeini in 1981.
Note:Supposed "highest ranking female to male ratio at universities in the world". Pointless when you have an islamist ideology that doesn't give the rights to women to work where they please or be promoted to highest office.
Example:Tehran mayor ghalibaf recent comment that "women should not be working around men".
At the end of the day Iran can have the highest ratio in the world of women to men in university or be first in the number of books published on this planet. But it all amounts to zero when you have a primitive system of ideology in position of power. Before 1979 was nearly 40 years ago.One expects a country to progress in certain fields. But unfortunately it has also badly regressed in many other fields as well. And the practice of sending students abroad is done world wide.There are US students who study in Oxford and Cambridge universities. That doesn't mean that the US is incapable of educated their students.Iranian students are still studying abroad.Only this time with greater difficulty.