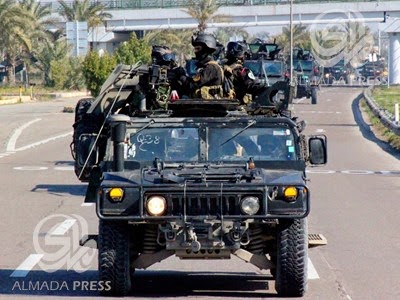 Iraqi Prime Minister Nuri al-Maliki today accused the country’s president for “breaching” Iraqi constitution by not assigning premiership to his State of Law bloc, which finished first in April’s parliamentary elections. Maliki made the remarks in a surprised speech televised live on national TV. Maliki added he will lodge a complaint against President Masum, without giving any details.

“Fully support President of Iraq Fuad Masum as guarantor of the Constitution and a PM nominee who can build a national consensus,” said McGurk. (Twitter/@brett_mngurk)

UPDATE: The state TV said the Iraqi Supreme Court said on Monday that Prime Minister's Maliki's State of Law bloc is the largest faction in the Iraqi Parliament. The ruling supports Maliki's demand that he should be asked to form the next government.

He's party won most Votes and thus has majority. so what's the problem?

I do agree that given the current state of iraq it would be wise for him to step aside, but technically he is the new prime minister and barring him from taking the position undermines the very basis of democracy.

no, Maliki does not have a majority