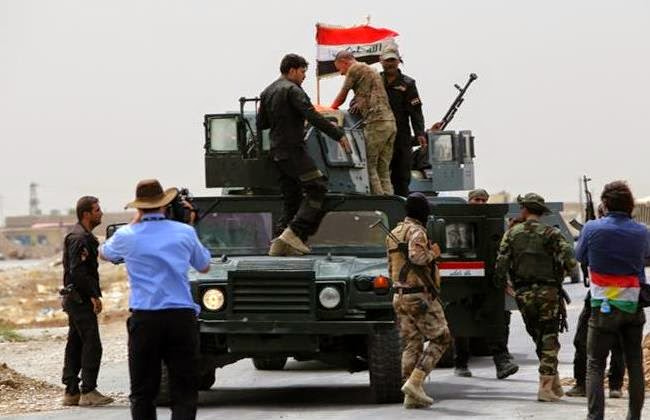 The Iraqi army launched a fresh offensive Tuesday to recapture the city of Tikrit, but initial reports suggested the offensive had stalled amid stiff resistance from Islamic State fighters, the Washington Post reported today.

Iraqi security forces were backed by Shia militia group, Asaib Ahl al-Haq (AAH), and Iraqi ground attack fighter jets pushed toward Tikrit in a three-pronged offensive after dawn Tuesday. This is the second counter offensive by the Iraqi military and the Iranian-backed AAH to retake Tikrit. In mid-July, their offensive failed and their forces had to retreat from the area.

Tikrit was overrun by the Islamic State in early June.

UPDATE: By midday Tuesday local time, the Iraqi army units and Shia militias were bogged down at least 6 miles from the entrance to the city and reports from the area indicate that they are apparently withdrawing south toward Samara. The operation to recapture Tikrit was the second major counter offensive by the Iraqi army since the current conflict began in June; both times to retake the same city, and now it appears that both times the army and its Shia militia allies have been beaten back by the Islamic State fighters.

File photo: Iraqi Counter-Terrorism Service troops at a checkpoint near Mosul Dam. (AFP)
Posted by Nader Uskowi at 7:00 AM

no a easy Job. a lot of sniper there
takes time

It looks like the iraqi army is going to have to be either rebuilt from the ground up or replaced by shia militias,sadly on both counts this will take time,still I do have to laugh at just how worthless the "new" western trained and equipped iraqi army turned out to be,they actually managed to make saddams old baathist military look halfway competent and thats no mean feat