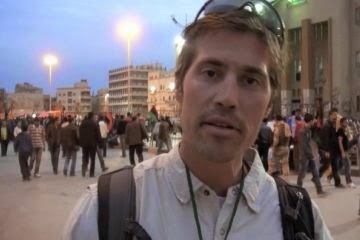 James Foley, journalist and a citizen of the U.S. and the world, who was brutally murdered by the Islamic State terrorists.

UPDATE: U.S. Special Operations forces staged an unsuccessful operation this summer to rescue James Foley and other Americans being held in Syria by Islamic State militants, according to senior Obama administration officials.

“The president authorized earlier this summer an operation to attempt the rescue of American citizens held by ISIL,” said a senior U.S. official. “We had a combination of...intelligence that was sufficient to enable us to act on it,” the official said, and the military moved “very aggressively, very quickly to try and recover our citizens… Unfortunately,” the official said, “it was not ultimately successful because the hostages were not present...at the site of the operation.” (The Washington Post, 20 August)