Iran supplying arms to Kurds in war against IS - Barzani 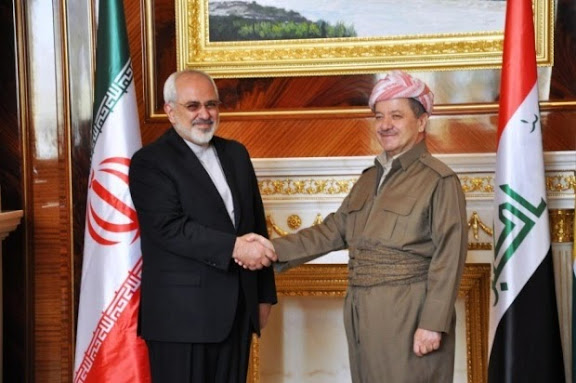 "We asked for weapons and Iran was the first country to provide us with weapons and ammunition," Barzani said.

The Iranian foreign minister held talks with Barzani on Tuesday, one day after visiting senior Shi’ite clerics in southern Iraq. Zarif acknowledged giving military assistance to Iraqi security forces but said the cooperation did not include deploying ground troops in the country.

"We have no military presence in Iraq," Zarif said. "We do have military cooperation with both the central government and the Kurds in different arenas.”

- As previously detailed in Uskowi on Iran, there is considerable commonality of weapon and munition types between Iran and Iraqi Kurdistan.

- There are historical military ties between Barzani's KDP and Iran's military, including cooperation during Dawn operations of the Iran-Iraq War.

- By virtue of geography, Iraqi Kurdistan in effect provides a buffer between IS fighters and Iran.

- It has been asserted that elements of Iranian Army Takavar special forces are currently assisting Kurdish Peshmerga in the war against Islamic State.
Posted by Mark Pyruz at 3:43 AM