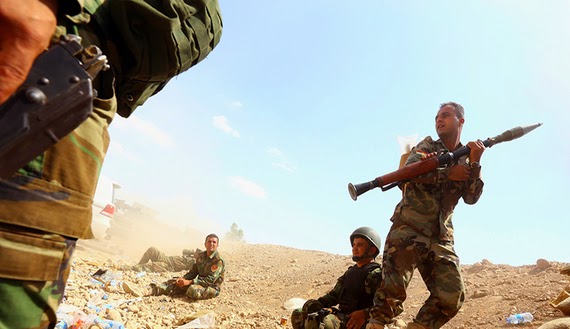 Kurdistan’s Peshmerga forces today began a counteroffensive against Islamic State militants to retake two crucial towns after the U.S. warplanes strike five new Islamic State targets on Sunday morning. Kurdish news site Rudaw reported that the Peshmerga retook the town of Gwer, 50 kilometers (31 miles) west of Erbil that was overran by the militants four days ago. Kurdish officials also said they are on the verge of retaking Makhmur. This is the first time that the Islamic State fighters are defeated during the current conflict and major towns are retaken from their forces. U.S. air support is seen as crucial to Peshmerga’s offensive capabilities to retake lost territories.

UPDATE: Kurdish media reported that the Peshmerga retook Makhmur; a second defeat for the Islamic State in a single day.