Notes on current American airstrikes against IS forces in Iraq 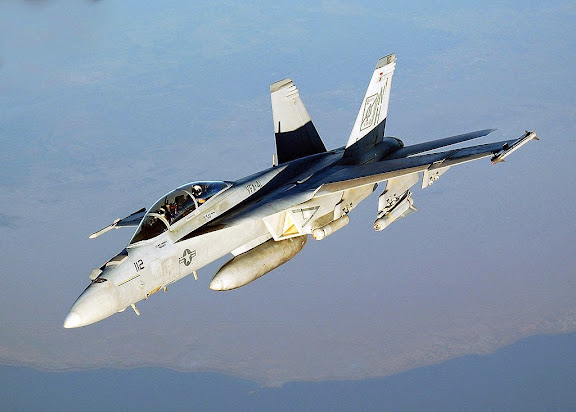 A collection of thoughts on the current application of U.S. airpower in the defense of Iraq:

-Drawing from public comments made in the recent past by current Iraqi Prime Minister Maliki, application of U.S. airpower in support of Iraq had been held back by the Obama administration in attempting to achieve American preferences for a new Iraqi Prime Minister. However Peshmerga setbacks and the prospect of a humanitarian disaster at Sinjar Mountain appear to have forced the Obama administration's hand, with U.S. airpower now engaging in limited airstrikes against Islamic State forces.

-Even in such a limited capacity, a small demonstration on the effectiveness of U.S. airpower in potentially rolling back an enemy offensive is now being rendered. There are a number  historical examples of this capability to draw upon, where U.S. airpower has been coupled with indigenous armed forces in successful counteroffensive operations. One such campaign took place during the Easter Offensive in Vietnam, and more recently another took place during the initial phase of Operation Enduring Freedom (from the perspective of Afghanistan's United Front, this could be considered a counteroffensive). Moreover, American military prestige is set to be reestablished in this part of the world, following less than sought-after results from ground force invasions and military occupations previously conducted in Iraq and in Afghanistan.

-Current level of force suggests a U.S. military intent to prevent further IS penetration toward sites such as Arbil and Sinjar Mountain, and the establishment of distance beyond the range of IS artillery. Actually, this can be seen as a parallel effort to that of the IRGC-QF in its direction of Shia militias in establishing defensive lines before Baghdad and the Iraqi holy cities, beyond the range of IS artillery. Thus it can be said Iranian military direction contributes towards the defense of the American embassy in the Green Zone, while American airpower contributes towards the defense of the Iranian consulate in Iraqi Kurdistan.

-Peshmerga difficulties over the past week can be seen as a setback to President Barzani's goal of an independent Kurdistan. It's possible a precondition for application of U.S. airpower in support of Iraqi Kurdistan was for Barzani to privately withdraw his stated intention of holding a referendum on independence.

-The Obama administration is open to criticism for sitting on Iraqi requests for U.S. airstrikes. Apparent Peshmerga military setbacks appear to have taken U.S. leadership by surprise, another of many surprises during the 2014 Northern Iraq Offensive. What's more, sitting on this request has further enabled the Islamic State to capture strategic hydroelectric dams, providing IS with a degree of potential leverage over much of Iraq's populated territory.

-While it might be politically opportune to limit U.S. airstrikes to that of establishing distance zones before sites such as Arbil and Sinjar Mountain,--while attempting to render a U.S. determined political outcome in Baghdad--it makes no sense, militarily, to allow initiative to be maintained by the Islamic State and its Sunni allies.

-It should also be pointed out that whereupon the Obama administration makes the decision to apply U.S. airpower in force, in support of a genuine Iraqi counteroffensive, Islamic State forces must also be targeted in Syria. Sanctuaries for enemy forces as were experienced by the U.S. military during the Vietnam War and more recently during Operation Enduring Freedom must not be permitted. That said, the more reliable ground force partner for this adjoining theater would be the SyAA and its NDF allies. However such an alliance requires a realignment of U.S. foreign policy in synch with a revised threat assessment reflective of the new reality in Iraq and Syria.
Posted by Mark Pyruz at 1:11 AM

ISIS is NOT a "common enemy" of the US and Iran.

it suits the US that the Kurds be protected, but it's really no skin off the US's butt if the jihadists fight the Assad dictatorship or if the jihadists press the Shi'a supremacists in Iraq or if they establish bases in Iraq to prevent Iran's re-supply of Assad's goons or even if they begin cross-border attacks into Iran.

matter of fact, bombing them when they turn north to Kurdistan might just nudge these creeps into going south, east and west.... and forcing Iran to exhaust Iranian men and materiel in fighting the jihadists.

some in the USA might think that Iran deserves just such a thing.

The conclusion is the same i came to before the strikes started, they cannot just fight them in Iraq and ignore the reality in Syria. Iraq and Syria, and so also USA and IRAN will and must work together to COMPLETELY DESTROY ISIS, and infact the whole TERRORIST APPARATUS in SYRIA, or there will not be a end to this madness.. and once that is done they need to bring order to couple of other places... like Somalia and Libya.. and stop supporting the corrupt, vile and criminal Saudis, Qataris, etc... these peoples.. NATIONS that are the SOURCE OF GLOBAL TERRORISM, their IDEOLOGY and MONEYS.