Finds only "clothes and civilian goods" onboard


Iraq inspected a Syrian-bound Iranian plane on Tuesday, but found only civilian goods onboard during the second such search this week which came after Washington urged Baghdad to stop weapons reaching Tehran's ally Syrian President Bashar al-Assad.

"Another Iranian plane was searched this morning. It was coming from Tehran on its way to Damascus. We found nothing but clothes and civilian equipment," said Ali al-Moussawi, Maliki's media advisor. "It was an Airbus cargo plane, and we allowed it to continue its trip."

Interesting how Reuters omits identifying Iraq as Iran's ally, mentioning only that Assad is "Tehran's ally". Iraq is in fact Iran's biggest ally in the region, an unintended outcome of Operation Iraqi Freedom. One of the planes below are likely candidates to have been searched this second time around: 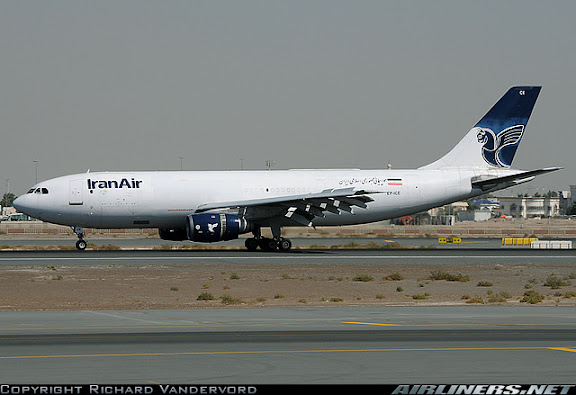 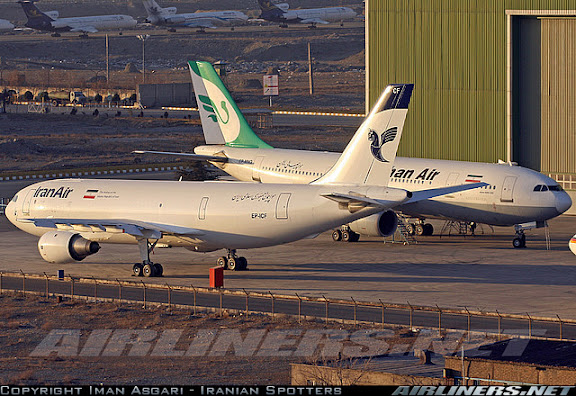 That Iraqi quisling government of Islamic theocracy cannot be trusted for one moment.

Is that why you live there and not in Iran :o)

Who would dare not to listen to the orders and commands of the world's most evil, paranoid and hated nation of the U.S.'s self-designed, self-appointed and self-portrayed of not so popular the so-called 'World Police'. The world police is now being humiliated by the world army of North Korea.

No, that's because I like living here. Is living in the US the reason why you are against Iran?

I'm not "against Iran" but the corrupt and despotic system that occupies it.

I'm also not against the US but its imperial agenda.

See, when you apply your own logic to yourself your realize how flawed it is. What does me living in the US have to do with my opinions? This impaired logic belongs to those who do not want to deal with opinions or don't know how to do so and instead build their attacks at the personal level. Who cares who I am. If you want to engage with what I have said remain at what I have said.

PS: FYI I do not live in the US. I study here and do not have a resident status. I am also thinking of going back to Iran when done with my degree. So, I don't consider myself "living" here in the sense of the word you meant.

Personally would not even piss on the Zionist controlled US police state let alone live there. US is a bankrupt, violent deadbeat cesspool built on lies and sheer Hollywood propaganda that is now being exposed daily. US has no future anyway as 100 million live on foodstamps and even Afghan goatherders beat the crap out of the child murdering US army of global cowards.

9:32 AM...Thank god you don't have resident status yet because you will be another 5th columnist working on behalf of Islamic terrorist regime occupying Iran.Living in the US and claiming to be against its agenda and supporting the Islamic dictatorship at the same time smells of total hypocrisy.
Let me tell you the reasons I don't live in Iran. Because I am against the hypocritical mass murdering genocidal regime that creates people like yourself to hate Jews,Bahais and the Western world and at the same time their cappuccino drinking lovelies in the West paint the regime in pink and try to make out that they are humane.The only thing flawed is the cappuccino drinking lovelies that think they are clever because their paymasters dirty money is telling them to propagate the regime bullspit all over the Western media and at the same time the Iranian people are suffering back home because they are not allowed the freedoms that the regime minions have while living hypocritically in the comfort of the West.