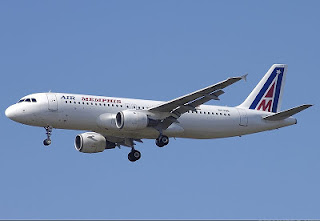 Egypt suspended commercial flights from Iran after hardliner Sunni Islamists objected to the arrival of more than 50 Iranian tourists last week on board an Air Memphis flight.

The first commercial flight to Iran from Egypt took off from Cairo on 30 March and the chartered airplane brought back the group of Iranian tourists on 1 May to Aswan. They also visited the ancient city of Luxur, showcasing the warming of relations between Iran and the new Egyptian government of President Mohamed Morsi.

Egyptian protesters attacked the residence of the Iranian charge d’afaires in Cairo on Friday demanding an end to the restart of commercial flights with Iran.

“Talks were held and there was an agreement to postpone the arrival of (Iranian) visitors to mid-June,” said Rasha Azaizi, Egypt’s tourism ministry spokeswoman on Monday. “The whole operation will be suspended for the time being ... to reassess the issue and review the program,” she added. The minister will be meeting with political parties opposed to the flights to “clear any misconceptions.”  (Reuters, 8 April)

So much for the "warm relations" between the fascist Islamist regime of Iran and the half baked Islamist Egyptian government.The Egyptian people don't trust the barbarous mullahocracy of Iran because of its sponsoring of the genocidal Assad regime of Syria.

I am one of fiercest critics of Iranian governement

Egyptian government is terrified of the domestic Wahabis/Salafis ... those guys are not at all peacefull and will have a sever temper tantrum, like a child throwing out all his toy off the pram, if they aren't obeyed.

The Egyptian government doesn't bow down beacuse it wants to, nor does it agree with their point of view or their ideas, but rather because they are scared of these hardcore Islamists - they are extremly dangerous and aggressive people who will go to any length to force the hand of the Egyptian government. Nobody in Egypt has the balls or the fortitude to neglect their demands. Anybody that does will have a price on his head and will be hunted down by these nutters.

The Salafi/Wahabbis are too busy killing Copts than worrying about Iran. In any case, Egypt is a complete mess and with 45 million unemployed youth the "Arab Spring" implosion is just beginning. Not a very good prospect for US/Zionist wishful thinking.

Same tactics used by the Islamic regime in Iran :o)

Same as the occupying regime in Tehran.Like a spoiled little brat they throw tantrums at peaceful demonstrators and human rights activists if they are not obeyed.

You seem to specialize in wishful thinking.