In Sharp Contrast with Vision Espoused by Moderates 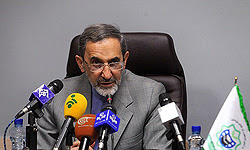 Ali Akbar Velayati, senior advisor to the supreme leader and a presidential hopeful, said today that Iran would continue defending its nuclear rights and “resisting against the expansionist policies of the western states” if he is elected next president. (Fars News Agency, 13 April)

Velayati’s comments were in sharp contrast to those of Hassan Rouhani, former director of the national security council and a political moderate who entered the race on Thursday. Rouhani, believed to have the support of Ayatollah Hashemi Rafsanjani, emphasized the economy and the negative effects of sanction on the country and the need to revive Iran’s relations with the West.

A Velayati-Rouhani race, if it were to materialize when the final list of candidates were cleared, would represent opposing visions of the country’s hardliners versus moderates. The former still embracing revolutionary values and anti-Western attitude are led by Ayatollah Ali Khamenei, the supreme leader. The latter, espousing economic reforms and expanding relations with the West are led by Ayatollah Hashemi Rafsanjani, the elder statement of Iranian politics. A decisive and open struggle between the two camps to win the hearts and minds of the Iranian people will be on display during the weeks remaining to the presidential election.

Many times in the past Khamenei has green-lighted efforts to improve relations with the U.S. only for the U.S. to pocket Iran's help and remain fixed with hostility. This is all well documented in "Going to Tehran" by the Leveretts.

And I still believe Rasfanjani is a has-been. Sure he has a lot of money but Iranian politics is not American politics, Money in Iran does not decide presidential politics anywhere near how it does in the United States. (There's also a good description of Rasfanjani's failed presidential bid in 2005 in "Going to Tehran".)

The election campaign is still way too early to determine but here is a list of the candidates so far:

On the matter of revolutionary vs moderate, Khamenei does not believe it's complicated. Last February he famously said:
"I am a revolutionary." Rafsanjani on the other hand represent the moderate wing of the regime. On relations with the West, Khamenei position is much closer to hardliner than Rafsanjani. A Velayati/Rouhani matchup runs almost along the same line. That's why you shouldn't rely on Leveretts so much; when it comes to Iranian politics, they seem to be not at their best, and understandingly so. (BTW, never underestimate Rafsanjani's power, no matter if you agree or disagree with his politics! Again, Leveretts might be out of their depth here).

Agreed, the campaign is just beginning and we could see lots of changes in the weeks remaining to the election.

I've noticed once again none of my posts have been published.I used no offensive language. Maybe the site disagrees with my anti Islamist and Communist political beliefs ?

What Rohani's camp gained in exchange for their concessions to the West?.

So far Rohani's statements amount to slogans and lack the important details..

So you think by participating in that farcical circus act is going to change anything? And anyway what's your problem with exiled Iranians? The regime creates a state of hell in Iran and then one of their minions that is living in the West thinks that the seven million Iranians owe something back to the regime and their lapdogs for their handy work.Don't you forget it pal Nader Uskowi is an exiled Iranian so there is nothing to be ashamed about.

Anon 6:05PM, Communist and Islamist's believes have nothing in common, and are mostly not related to the articles..

Or maybe you are going to create information that you have specific believes..., Mat somehow doesn't have problems with his posts at this blog and is generally respected by the blog's authors.

Velayati is very close to the Rahbar and is one of the few original revolutionaries left from the Great Islamic Revolution of 1979. He guided Iran's foregign policy through very tough times during the Jange Tahmili years and would make a good President. He is doctor and a very sensible man. He received his M.D. from the University of Tehran and pediatrics degrees from Johns Hopkins University, and is very familiar with US and Zionist agenda, media and how to counter it.

According to international election monitors, Iranians are increasingly involved in the political process as the turnout at the Presidential elections has been increasing and Majlis (parliament) has been fluctuating depending on local issues:

If I wanted your advice I wouldn't have asked Uskowi.
Communist and Islamist beliefs have one thing in common and that is the destruction of national identity.

Wonder why the President of IRAN's top aide Esfanar Rahim Mashaie's name is not in the list?

Maybe the so called "revolution" was "Great" for the mullahs and their web blogging stooges but it was a disaster for Iran and Iranians.The "MD" from the university of Tehran that Velayati supposed to have received is fake and is as good as a mickey mouse degree.Likewise there is no evidence he received the degree from John Hopkins university.None of the regime cronies have real Degrees because all of them are big liars like you.

5:26PM Anon
What is a your degree, because Mr. Salehi, who has a doctorate from the MIT in the US, decided to serve Iran back in his native country. Mr. Larijani, who graduated as a computer engineer, possesses also a PH degree in the western philosophy.

Maybe your role models are those of as Mr. Arbabsiar or the Pahlavi'son who commited suicide. They had also "an american degrees" too....

No Iranian with any common sense believes in these farcical selections. We saw what happened in 2009 selections with the net result of Iranians being imprisoned raped and murdered by regime thugs and terrorists.

Well 84% or more Iranians would tend do disagree with your hasbara rant!

I would say your comment is a typical ignoramus response from a web blogging groupie of the Islamic bigot movement.At least "Pahlavi son" Ali Reza degree was real and is proven.But we all know the "degrees" that are bestowed upon the regime stooges are all fake because they didn't attend the university that they supposed to have obtained the "degree" from.Who ever my "role models" are that remains my business and not to some hateful freak that doesn't know the meaning of humanity and humility.

Really? I would say if those "84% or more Iranians" get hold of you they will tear you apart !

Very immature and violent thinking! You must live in the deadbeat and violent US to entertain such fantasies? Looks like mommy left you alone with the PC in the basement and you bored with violent video games. Try to improve your lexicon and post more than one-liner violent fantasies. If there is a medication mix-up issue then I suggest exploring herbal alternatives or Chinese acupuncture. My sympathies regardless.

Hilariously amusing that a patient gives me advice on medication.Anyway,didn't nurse tell you never to play with the PC during transfer to the padded cell ?