Turkish Gold Export to Iran at $118 Million in February 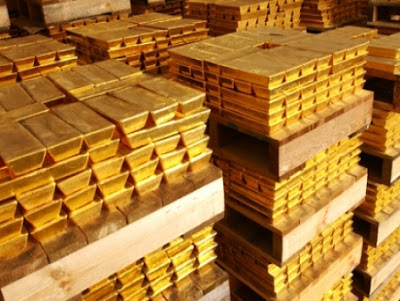 Turkey exported $118 million worth of gold to Iran in a natural gas for gold semi-barter arrangement between the two countries, Turkish Statistics Institute (TUIK) announced today. The gold export provides Iran with one of its few links to foreign financial markets still available. The United States has given Turkey a six-month waiver exempting it from sanctions on gold trade with Iran, which is due to expire in July. (Hurriyet Daily News, 1 April)

“Trade with Iran continues; there will always be transfers. Looking at this year’s figures, the February exports to Iran are quite low, so it shouldn’t cause issues,” said a gold trader in Istanbul. (Reuters/Hurriyet Daily News, 1 April)

Turkey receives natural gas from Iran. Its payments are deposited in local currency lira in a Halkbank account. The Iranians then use those liras to buy gold in Turkey. Couriers then carry bullion worth millions of dollars in hand luggage to Dubai, where it can be sold for foreign currency or shipped to Iran.
Posted by Nader Uskowi at 8:07 AM

So what happened to the $18 Billion in gold and cash that the regime took across by truck into Turkey and was confiscated back in 2009?

it was probably a hoax invented by propagandists...and some authors of this blog should clarify that event...

WERE YOU there on the boarder post to count the loot? who told you the amount was $18 billion in gold and cash!!!.

don't believe everything you read in debka file!.

Anon 2:59 AM....There is no doubt that truck drove across the border and was all over the Turkish media.The hoax and propaganda wishful thinkers derives from the IRI Groupies who try to cover up the truth.
B.M.A...Were you there? You just go and believe Press TV !