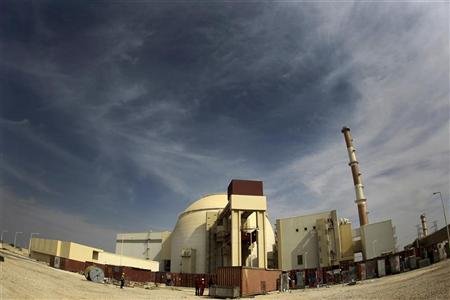 A former director of Iran's first nuclear power plant in Bushehr said today that the plant remained intact in recent quakes that shook southeastern Iran. A 7.8-magnitude termor hit the region on Tuesday a week after a 6.3-magnitude quake hit Bushehr area.

Nasser Shariflou, the former Bushehr director, dismissed the concerns raised by a number of Arab states about the safety of the Bushehr nuclear power plant located in an earthquake prone region of the country.

“We are in the 21st century and there is a sufficient level of knowledge in this regard,” Shariflou said.

Meanwhile, Associated Press reported Iran has tripled installations of new high-tech IR-2 uranium enrichment centrifuges at Natanz to more than 600 in three months. The installation of new improved machines at the country’s main enrichment facility is the latest that 10 years of diplomatic efforts and economic sanction have failed to affect Iran’s nuclear program. (AP, 17 April)