Iranians Told to Close Accounts in Some Turkish Banks 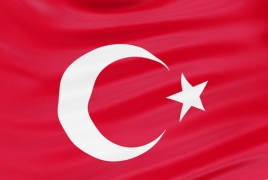 Turkish media reported that some of the country’s major banks have asked Iranian citizens to close their accounts by the end of business day on Wednesday 17 April (today). The bank said they were acting on instructions issued by the country’s Banking Regulation and Supervision Agency (BDDK). (Yeni Safak/Today’s Zaman, 17 April)

An official from one of the bank's branches in Istanbul’s Galatasaray neighborhood told Yeni Safak the bank, one of the financial institutions which called on Iranian account holders to close their accounts, acted in line with BDDK’s instruction that banks “not to provide services for citizens of those countries against which sanctions are in effect.”
Posted by Nader Uskowi at 7:30 AM

Iran under the Islamist has become a Pariah state.

same happens in Austria.
After Protest, The Austrian Bank open agian the account and aplogized.

Canada under the Zionist puppet Harper government did the same, specially the Zionist owned TD Bank, however, Canadian-Iranians just moved to other banks. This is just their pathetic attempts to hurt Iranians.

Hurt Iranians? Or do you mean mullahs and their minions who are oppressing Iranians?