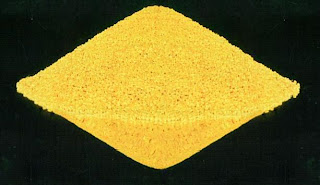 Iran plans to open two uranium processing facilities in the Central province of Yazd on Tuesday. Saghand uranium complex near the city of Ardakan and Shahid Rezayeenejad Yellowcake production facility are slated to be inaugurated by President Mahmoud Ahmadinejad. (Fars News Agency, 9 April)

Governor of Ardakan Ahmad Kamali said that uranium ores are extracted from the depth of 350 meters in Saghand mine near Ardakan and is then sent to Rezayeenejad complex to be converted into yellowcake.

The yellowcake extraction and processing facilities at Ardakan have been in operations for nearly a decade.  In September 2003, Iran confirmed its intention to build a full-scale milling facility at Ardakan after its existence was disclosed by the National Council of Resistance two months earlier.

The Fars report did not specify if the facilities to be inaugurated would be part of the old Ardakan complex. The report also did not disclose the capacity of the new facilities. Experts have estimated that Saghand mines can produce nearly 50 tons of yellow cake each year and the combined capacity of the processing capacity of the plants in Ardakan is therefore thought to be slightly more than 50 tons.

The countries economy is in ruins because of this yellow cake that the regime so desires.No bread on the table so let them eat yellow cake.

This is great news. Iran has some of the largest deposits of yellow cake in the world and can power the growing nuclear energy sector for the future. Iran should also look at exporting opportunities.

The Islamic Republic of Iran has unveiled three nuclear achievements in the country’s central province of Yazd on the occasion of the National Day of Nuclear Technology.

The President of IRAN issued on Tuesday the order to launch Shahid Rezaeinejad yellowcake production plant and Saghand uranium mines in Ardakan as well as the country’s first Rhodotron accelerator in the city of Taft.

The uranium extracted from Saghand mines in Yazd will be processed and turned into yellowcake in Shahid Rezaeinejad complex, which has the capacity to annually produce 60 tons of yellowcake.

*Don't 'force' IRAN into making ones, and if it does, don't put the blame on it.

Viva Iran; we are no less than any nation in the world if not better. We must continue doing what is necessary for our nation under the international law. We must work more towards different uses of the enriched Uranium in science and technology, such as production of new nuclear medicine and agriculture etc.