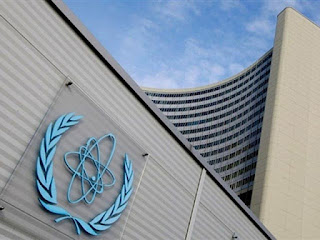 Ali Asghar Soltanieh, Iranian envoy to the IAEA, said today that the latest IAEA’s report on Iran’s nuclear program, released on Thursday, proves it is being used for peaceful purposes.

“The most important point of the report is that after a decade of continuous inspections by the agency, there is no evidence on divergence toward military purposes in Iran's nuclear material and activities,” Soltanieh said. (IRIB, 22 February)

Soltanieh said Iran has been committed to continuing talks with the IAEA and stressed that the talks require a “calm, propaganda-free atmosphere.”

The IAEA report said, however, that without Iranian “engagement,” the agency will be unable to resolve concerns “which need to be clarified to exclude the existence of possible military dimensions to Iran's nuclear program.” (AP, 21 February)

Iran and the six world powers are scheduled to hold talks next Tuesday in Almaty, Kazakhstan to discuss the country’s nuclear program.
Posted by Nader Uskowi at 12:00 PM

Soltanieh is quite a liar..... very, very practiced.

http://www.youtube.com/watch?v=rYXqgM-RRmU --- Inside the Ayatollah regime.