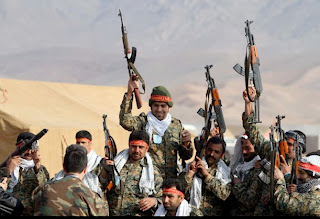 Basij forces in the field, appearing much like they did during Holy Defense (1980-1988) 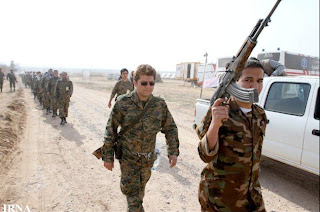 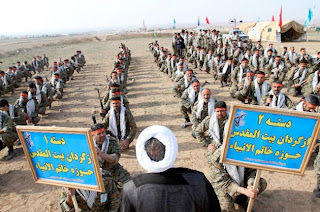 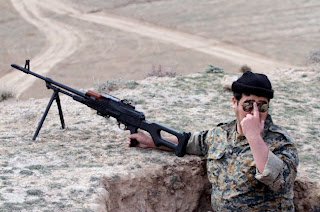 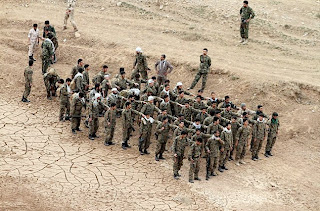 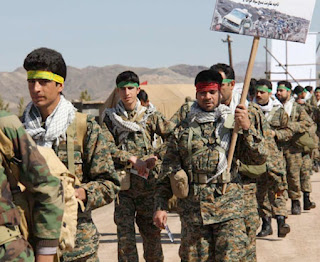 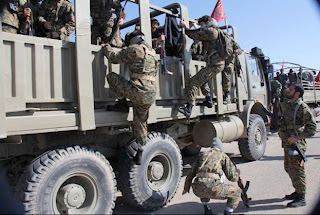 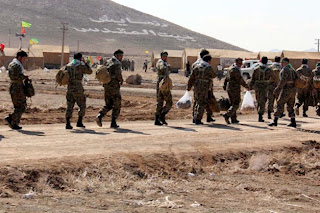 Again, Basij forces appear very much like they did in the last war with the exception of camo style BDUs. 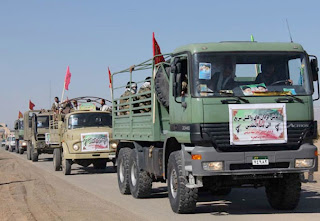 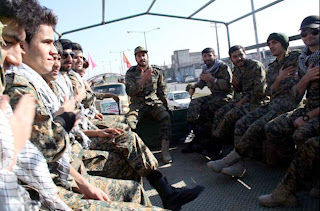 An IRGC/Basij captain leads his men, in manners reminiscent of the Imposed War 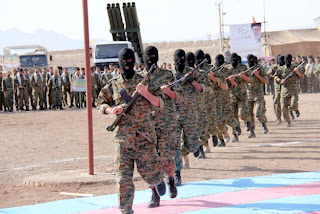 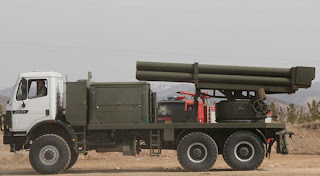 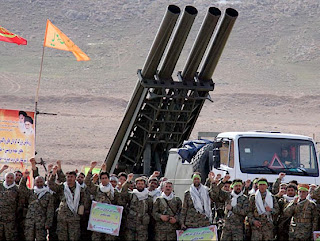 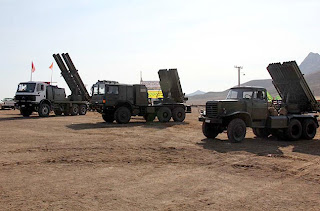 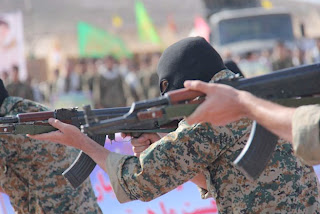 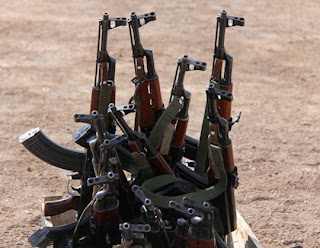 Improperly stowed gaggle of what appear to be recently produced AKs. 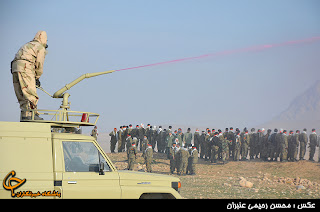 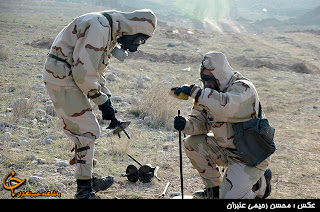 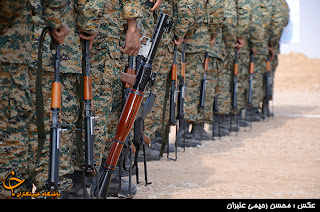 RPG variant carried by either IRGC or Basij unit 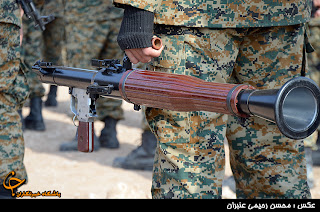 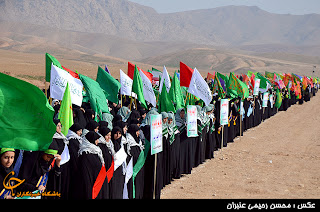 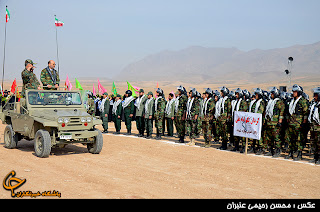 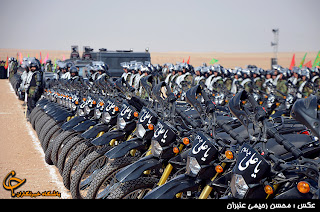 Ashura unit equipped with anti-riot gear and motorcycles, in the field (!)

That last picture of Basiji anti-riot gear and motorcycles is a shameful display of 'tools of suppression' which will not doubt put their legitimacy under question.

Do you not believe if they are treainbing in Desert of Kermam and Beluchistan with RPG and Fajr-5
is aimed to confront the Drug Smuggler and not deomonstrant on the steet ?

They also seem "fatter" than they did in the last war.

Well, putting aside that they look more like "soldateska" than soldiers, they are for Iran clearly what the SA (Sturmabteilung) was for Germany in the Third Reich: A bunch of goons opressing and terrorizing the citizens. Watching them handle their weapons brings up the question how many of them injured themselves during exercises ...

The AL-Zahra woman's unit is a joke!
What are they going to do?
Run with their black shrouds shouting,Ya zahra?!
But on a serious note;they all look like a bunch of rabble.

Wow! Where is mat when you see him comment about the "mighty Islamic republic"?

a mighty force well-equipped to defend the regime against the menace of Iranian girls demonstrating for political freedom and to shoot those girls and leave them dead.

During the war with Iraq, it was the basij that confronted the Iraqi armor in khormashahr. Mostly equipped with nothing. Some wore grenades and laid themselves under enemy tanks in hopes of disabling them.

I am ashamed to see everyone here is making a joke out of them. Now they are a bunch of fat hooligans according to some. These guys are doing the best they can, with what they have. In case of a conflict they will sacrifice their lives.

@anon 12:25
The citizen soldier Basij who died defending their country during the Iran-Iraq war would roll in their graves if they knew that the same units are now being deployed on the streets of Iranian cities to crush their fellow Iranian citizens.

sure
what better in ther desert run as a Enduro bike ?

THE SA has never terrorized ordinary Germans, unless they were jews.
later on, the SA joined to SS.
The Waffen-SS the elite of Germans was a horrible for every foe in the battlefield.
They never surrender , never go back.
much more better tan any ordinary soldier.

The female units serve one function and one function only, female crowd control on the streets.
The Islamic republic like to segregate women from men even when they are getting beaten up it would seem.

@8:19
If the best argument to defend the actions of Basij in today's Iran is to compare them to Nazis then go for it.

These assets and backbones with the estimation of 10 milions of Basij Forces will be the last resorts in confronting, fighting and defending the sovereignty of the whole nation of IRAN. Supposingly, to survive, it is a must for every nation and country in the so-called 'the world of unpredictable'. It is only time, the most mattered.


As I see they are taining in the desert of kerman und beluchistan
which is obviously against heanvy armed drug smuggler of pakistan or afghanistan.
a Bassaji who can fight in the desert and defend the country
is much more usrful for iran as a
Exil Iranian MD, who can post only polemic article

Regarding "Iranian chemical defense suits in U.S. style 3-color desert camo pattern". Those are NBC suits in a camouflage based on the American uniform called DCU.

What is the make of the motorcycles above Can anyone tell?