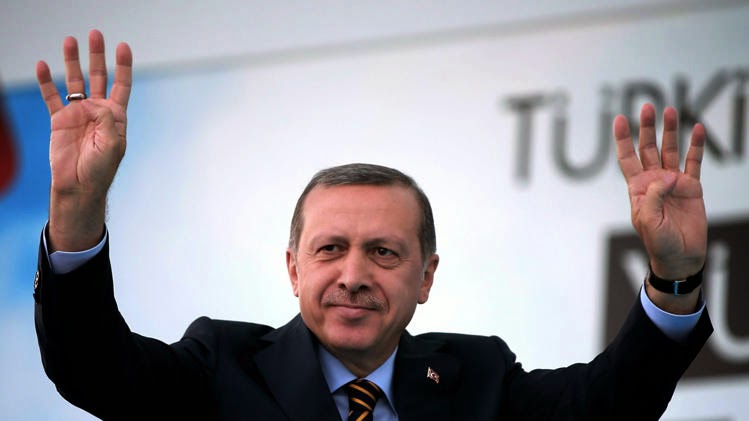 Turkish citizens cast votes in the country’s first presidential election, with Prime Minister Recep Tayyip Erdogan leading by 57% of the vote in the exit polls, far ahead of his main rival, Ekmeleddin Ihsanoglu.

The polls had shown that the Kurds were the deciding factor in Erdogan’s victory. Some 53 million voters were to cast their ballots. The Turks were divided into roughly two equal camps of pro-Erdogan and the opposition; with the Kurds casting the decisive votes in favor of Erdogan.

This man changed Turkey and made it a better place forever. I take my hat off to him, and wish that Rouhani does the same to Iran, which would be even more admirable, since Rouhani has a bigger burden to bare, and much more challenges to overcome.

not sure sure that Erdogan is to be credited with much of what Turkey has accomplished in late years. most of it is due to industrialization and economic growth that was well underway prior to his ascension to power...and much else is to be credited to the foreign policies of Davutoglu.

Erdogan's actions inside Turkey are rather a mixed bag of good and bad.