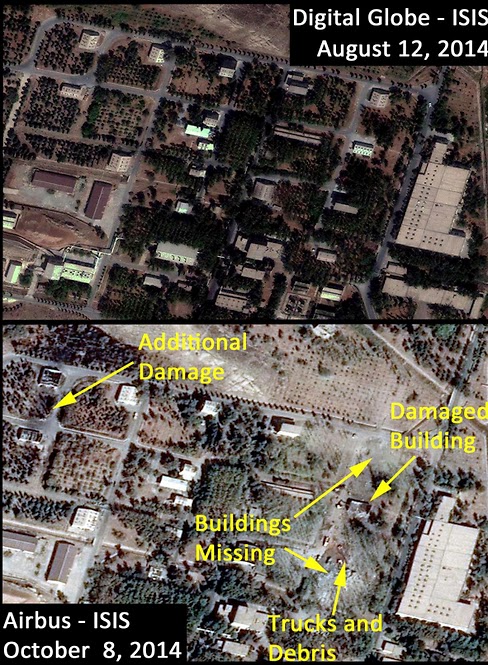 Kuwaiti newspaper Al Rai in its today’s edition quoted an unnamed senior Iranian official as saying that Sunday’s huge explosion at Parchin Armaments Complex was not a technical failure and was carried out by a foreign state with advanced intelligence capabilities, most likely meaning Israel.

“Only a foreign state with advanced intelligence capabilities could penetrate the facility and carry out an explosion like this,” said the senior Iranian official. (Al Rai, 10 October)

Commercial satellite imagery of Parchin complex obtained by Washington-based Institute for Science and International Security (ISIS) shows the extent of the damage.

“Two buildings that were present in August 2014 are no longer there, while a third building appears to be severely damaged. In total at least six buildings appear damaged or destroyed,” said ISIS on its website. “Several signatures that coincides with those expected from an explosion site are visible here.”

The imagery shows the section of the sprawling military complex where the explosion took place, as shown in the imagery, is not the same location within Parchin where IAEA suspects Iran had carried out explosion tests relevant to developing nuclear weapons. 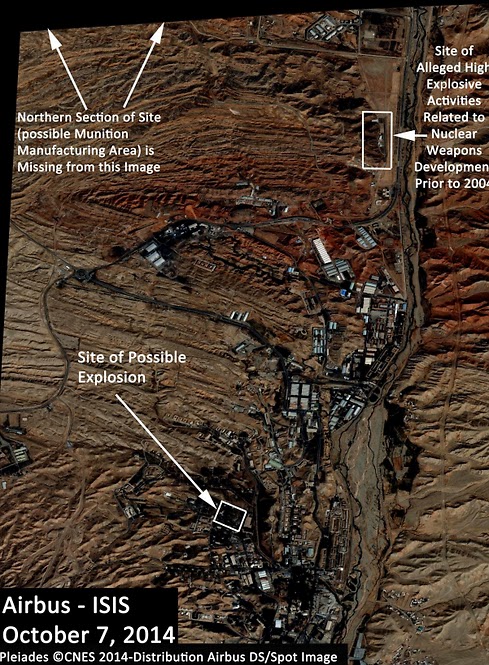 “Only a foreign state with advanced intelligence capabilities could penetrate the facility and carry out an explosion like this,” said the senior Iranian official.--------