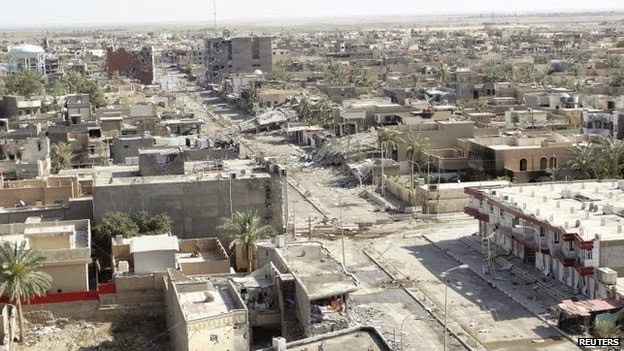 The Islamic State fighters are about to overrun Anbar province, Iraq’s largest. They already control Fallujah and other smaller towns in Anbar, and are threatening to capture the provincial capital of Ramadi. They already control all of the areas around Ramadi and some parts of the city and are closing in on the city’s center.

The Iraqi security forces recently lost the strategic Saqlawiyah military camp, west of Fallujah, to Islamic State. That loss demoralized the ISF stationed in Anbar, as soldiers fled when IS fighters advanced toward the base. There are still some 300-500 soldiers missing and many others were massacred by the insurgents. That loss is now playing big in Islamic State’s push to capture Ramadi. The militants also overran Albu Aytha military base, located in Anbar and only 50 miles from Baghdad.

The capture of the entire province would give Islamic State control of the major Haditha dam and several army installations, which would add to their already abundant stockpile of captured weapons. It would also allow them to establish a supply line from Syria almost to Baghdad, giving the militants a valuable position from which to launch attacks on the Iraqi capital. (Washington Post, 9 October)

that would make land transport between Iran and Syria pretty dicey.....

and if the US shuts down air traffic over Syria, Iran will be hard-pressed to send weapons to Assad's goons as well as to the goons of Lebanese Hezbollah.