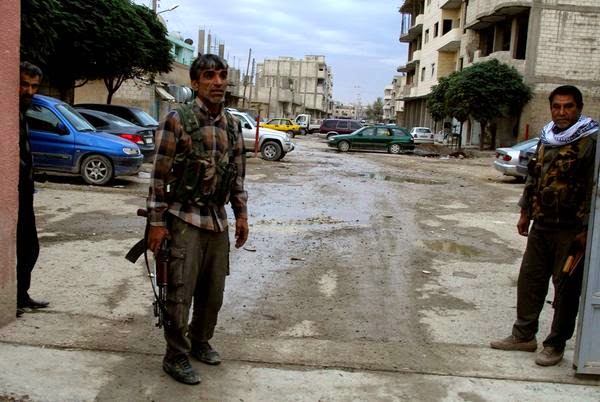 There are reports in the social media today that some ISIL insurgents, under heavy bombardment by U.S.-led coalition air forces, are fleeing Kobane toward Raqqa, the Islamic State's base in Syria.

There are a number of roads ISIL elements can take in withdrawing towards Raqqa.

Let's hope ISIL uses these maps to get out of Kobane entirely.