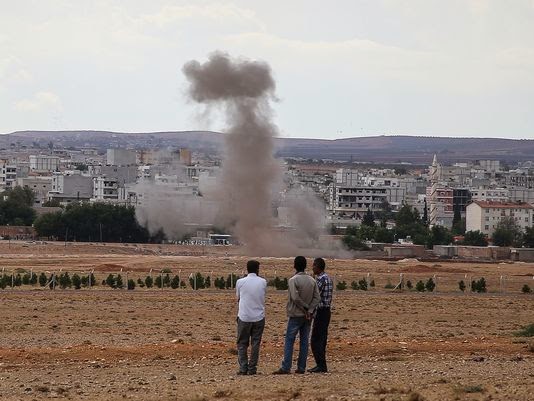 U.S.-led coalition forces launched airstrikes against the Islamic State militants advancing on the Kurdish town of Kobane in Syria. The strikes hit IS positions south and southwest of Kobane, which the Islamic State militants have been battling to take for more than two weeks. Despite the airstrikes, the IS continued to shell the town from its positions only three kilometers away. (AFP, 1 October)


Kobane is on the border with Turkey, and the Turkish military has reinforced its positions on its side of the border. It was not clear if and when Turkey would be sending troops across the border to stop the advancing IS militants. On Thursday, the Turkish parliament will vote on a government request to authorize military action, as well as deciding to allow international coalition forces to operate from Turkish bases.
The town would be a big prize for the Islamic State, giving it unbroken control over a long stretch of Syrian-Turkish border.  The offensive has sparked an exodus of at least 160,000 mainly Kurdish refugees into Turkey.
Top photo: Smoke rises from a residential area in Kobane during at attack by Islamic State fighters; 1 October 2014 (Getty Images)
Bottom photo: Turkish army tanks take up positions on the Turkish-Syrian border. (Murad Sezer/Reuters) 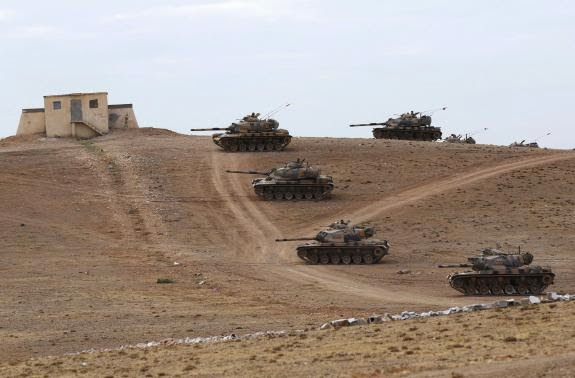