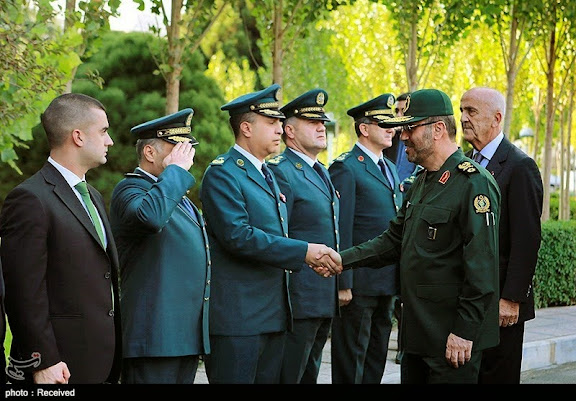 
Lebanon's defense minister on Saturday started a three-day visit to Tehran for talks expected to culminate in him securing military equipment to bolster Beirut's fight against jihadists.

Samir Moqbel's visit comes two weeks after Iran vowed to supply Lebanon's army with much-needed equipment following its deadly clashes with fighters from the Islamic State of Iraq and Syria (ISIS) and al-Qaeda affiliate, al-Nusra Front, on the Syrian border in August.

COMMENTARY: According to a regional source, specified Iranian military aid includes the following:

Iranian military aid to Lebanon would mirror its current assistance to Syria, Iraq, Iraqi-Kurdistan and possibly Yemen in the war against ISIL and al-Qaeda affiliates, reflecting an uncoordinated, competing coalition effort to that led by the United States. 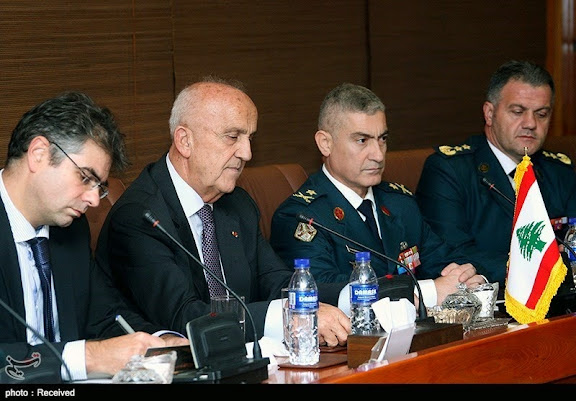 Lebanese Defense Minister Samir Moqbel, to his left a brigadier general and colonel of the Lebanese Armed Forces (LAF)

Photos: Tasnim News Agency
Posted by Mark Pyruz at 4:51 AM

Moqbel accepted an offer by Dehgan made few weeks ago to provide the Lebanese army with weaponry, and he’s in Tehran to secure the arms. Although these are relatively simple weaponry, and Lebanon looks to secure advanced arms from the Europe, including Russia, but these are still useful and needed by its army.

Yes indeed. Got to love Iran's tactical move here. Once its supply route to Hezbollah via Syria is threatened, divert those weapons to Lebanese army and ensure that the majority end up in Hezbollah's hand that practically runs Lebanon these days.