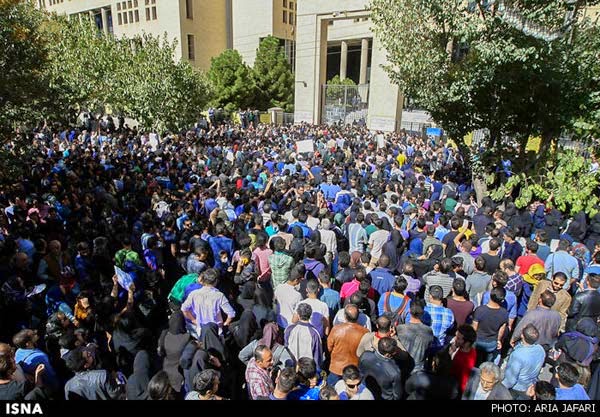 Thousands of Iranians have staged protests in Isfahan and Tehran over several recent acid attacks against women, reportedly for not being “properly” veiled. Today, people demonstrated in front of Majlis building in Tehran and Judiciary building in Isfahan, where the acid attacks took place, demanding authorities bring to an end the spate of attacks on young women.

Assailant riding on motorbikes have thrown acid in the face of at least eight women who were driving in the streets of Isfahan with their windows pulled down. Local media say the number of victim could be higher. The attacks have so far claimed one life. (The Guardian, 22 October)

“Freedom and security are the rights of Iranian women,” chanted demonstrators in Isfahan.

Fars News Agency has estimated the number of participants in today’s Tehran demonstration at around 2,000. 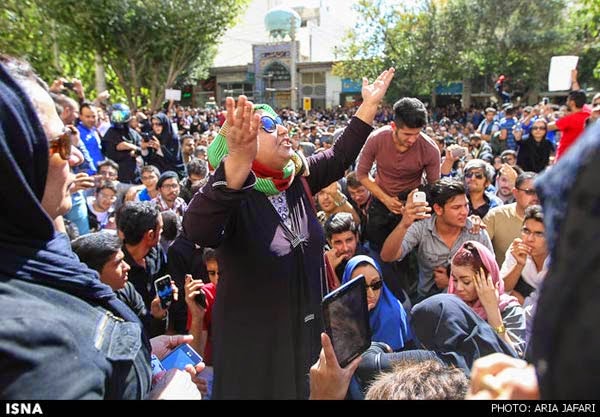 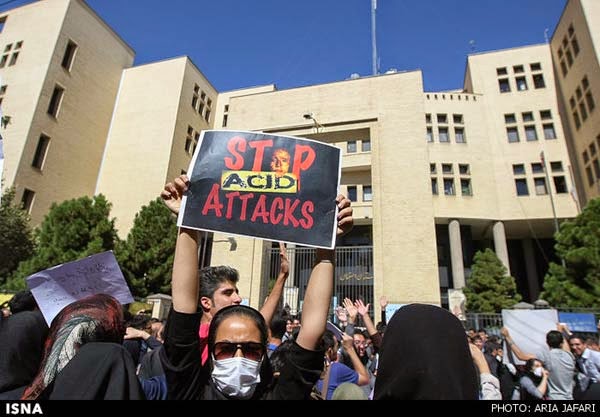 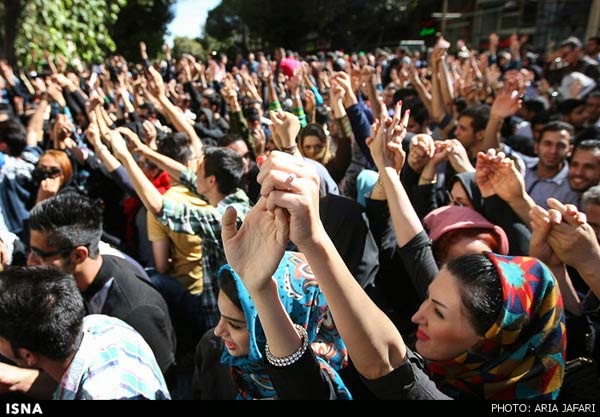 this is excellent to read.

there has to be limits on what the Iranian people will accept from the vile reactionaries who blight not only Iran but the entire region.

The regime is responsible for these acid attacks.They are trying to condition the Iranian women into wearing niqab.Nothing suprises me about this anti-human regime.

Iranians are smart people, During the past two decades they have been looking to progress and initiate positive changes. This regime as a whole, with its forcefull Sharia laws and hegemonical policies, not the mention the inept government departements & organizations & corrupt men in power, probably isn't the healthiest thing for the wider population in Iran. I wish better tidings for the common man, woman and child in Iran, such as, social freedom, civil & political rights, equal justice, economic prosperity and real open & fair democratic elections.

agreed. this is the regime that encourages and condones these actions. it puts classes against classes by supporting the majority of lower class and religious infested people against others. it encourages stop and search and turban heads in the mosques spread out their hate propaganda against women and others. it is as if the country's problems is going to go away by women covering themselves. what a joke. and now these acid attacks. i bet no one will be persecuted for these crimes. I bet if they could blame it on US and Israel, they would have done it by now.

We are now in 21st Century and that is the culture of this nation. you feel sick about it. This is a nation that prides itself with 3000 years civilization and calls others terrorists!

What I also notice is Iranian men joining their Iranian sisters in these protests against the barbarians that is the islamic regime. Iranian men must realize that the limits put on freedom against Iranian women by the oppressive regime will only reflect back to them and the future of their children. They must put religious dogma aside and look towards a secular future where politics and religion is separate and women have equal rights with men.This is the only cure for the illness that presently exists in the Iran of today.

The Iranian women have been the front warriors against this brutal regime for decades, now the men must join them in order to finish the fight!

NO Nation, the world over can risk its existence by openly or secretly harming its women using acid! to enforce a religious code!.

PATHETIC is one who jumps upon conclusions without looking the bigger picture !.

Kalama reported on Friday that Aria Jafari who photographed protests in Isfahan against acid attacks has been detained. Jafari's photos were carried by Iran's semi-official news agency ISNA and by Getty Images. Few of his photos were republished on this blog, above.

Correction B.M.A, the islamic regime is not the nation but a fanatic entity that needs to be dissolved into eternal oblivion. And that is the bigger picture.