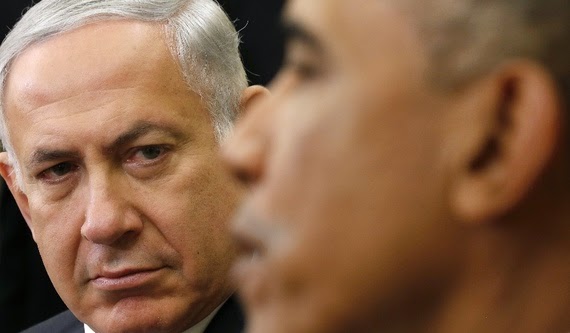 Today, Jeffery Goldberg has written an explosive piece in the Atlantic, saying the White House does not believe Israel has the guts to bomb Iran. Goldberg, who commands vast knowledge of U.S.-Israel relationship, quotes senior officials in Obama Administration as describing Israeli Prime Minister Benjamin “Bibi” Netanyahu as “chickenshit” , “coward” , and having “no guts.”

Another senior official describes Netanyahu as “chickenshit” on peace process, and a “coward” on the issue of Iran’s nuclear threat: Ultimately Bibi couldn’t bring himself to “pull the trigger.”

Naftali Bennett, leader of Israeli right-wing party The Jewish Home, and the country’s minister of economy said of Golberg’s piece: It proves Obama Administration plans “to throw Israel under the bus.” (Twitter/@ChemiShalev)

thanks for the link. good to read that the US admin is giving Netanyahu exactly what the creep deserves.

hopefully, the US will go on to give the creeps running Iran what those slimy folks have earned should they fail to give up the nuclear weapons development program.