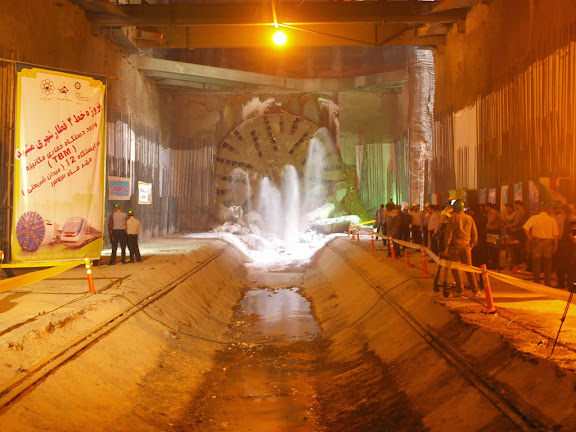 A massive tunnel boring machine (TBM) enters section of Shariati station construction site of Mashhad Urban Railway Line 2. Khatam al-Anbiya Construction Headquarters (KAA)-- associated with the IRGC-- claims this segment of the Line 2 project is being performed ahead of schedule. 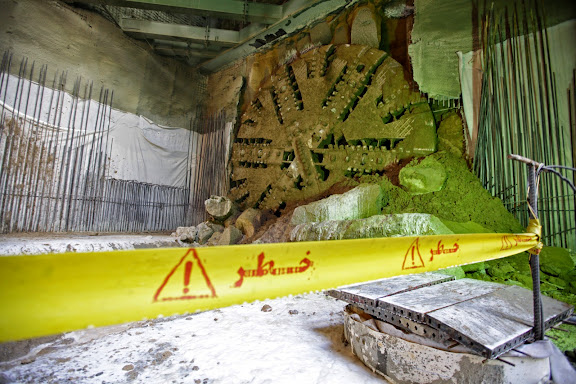 Detail of TBM at Shariati station construction site, managed by Khatam al-Anbiya ("Seal of the Prophets") Construction Headquarters. KAA is subject to sanctions by the United States, European Union and UNSC resolution. 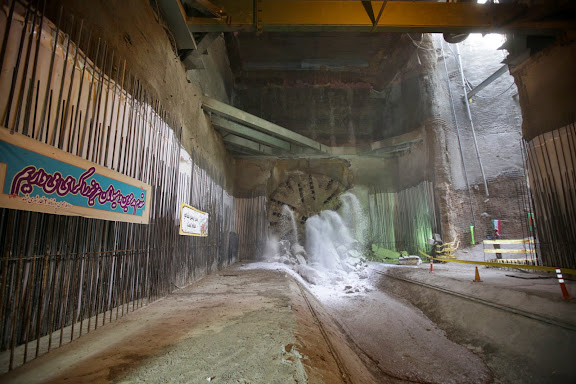 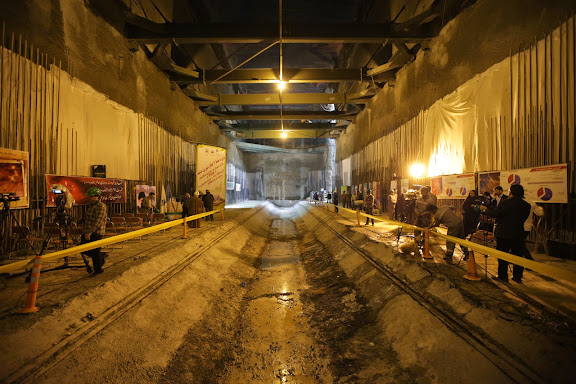 Shariati station construction site seen prior to breakthrough by TBM 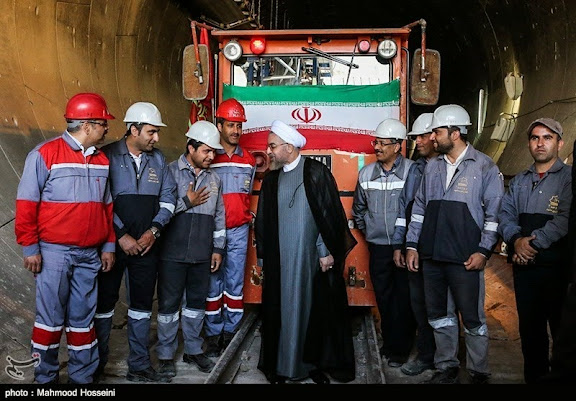 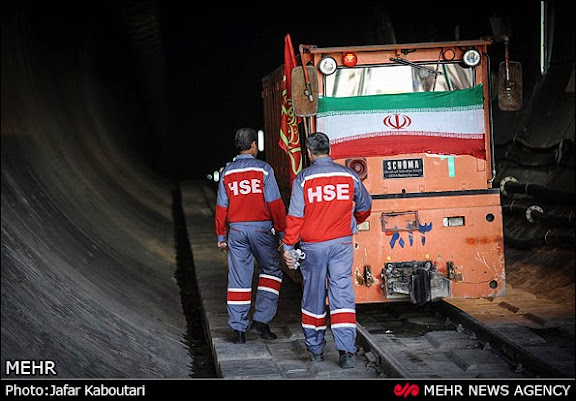 Photos: Jafar Kaboutari at Mehr News Agency and Mahmoud Hosseini at Tasnim News Agency
Posted by Mark Pyruz at 3:01 AM

Just a correction to your translation of the title Khatam al-Anbiya : it actually means " the last of the prophets " .

Khatam means end. So the literal translation is "end of the prophets".