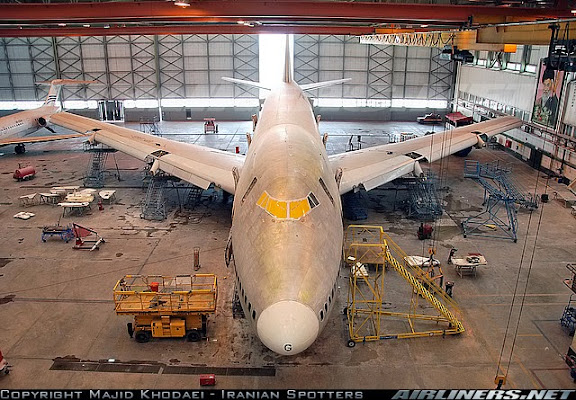 
Boeing said on Wednesday it had sold aircraft-related goods to Iran Air in the third quarter, marking the first acknowledged dealings between U.S. aerospace companies and Iran since 1979.

The Chicago-based aerospace and defense company said in a filing that it sold aircraft manuals, drawings, navigation charts and data to Iran Air to help improve the safety of Iran's civil aviation industry.

The sales did not include spare parts for aircraft, which were thought to be likely since Iran Air's fleet of planes includes vintage Boeing and Airbus jetliners delivered as long ago as 1978.

Boeing and General Electric (GE.N) said in April that they had received export licenses from the U.S. Office of Foreign Assets Control allowing them to sell parts for commercial aircraft to Iran under a temporary sanctions relief deal that began in January.

Boeing said it may sell parts in the future but declined further comment. The sales generated about $120,000 in revenue and about $12,000 in net profit in the quarter, miniscule amounts for a company that reported $23.7 billion in sales in the latest quarter.

COMMENTARY: It is amazing Iranian carriers have for decades managed maintenance and overhaul operations without manufacturer support. Few nations are capable of such pluck and improvisation.

Specified technical and navigation materials will certainly be helpful.

This writer would be interested to know the number of cycles these vintage aircraft have seen.

One can't but wonder about the diplomatic undertones of providing these materials to Iran, as a means of indicating potential future rewards for forgoing their indigenous, industrial-scale nuclear power program, as well as accept subordination within the American-led regional security order. This writer would wager some of those maintenance crew members at Mehrabad may be wishing for just such an outcome.

Likewise Boeing (and Airbus) executives would also be delighted given the opportunity of selling new commercial aircraft to Iran, were relations to improve to the point where this is possible. This would represent potential American job growth in the high tech manufacturing sector, as well. 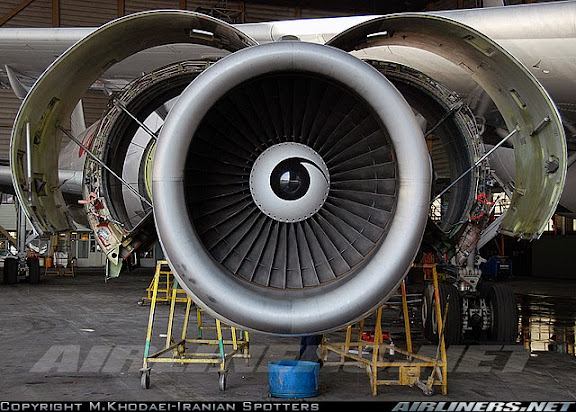 File photos: Majid Khodaei
Posted by Mark Pyruz at 1:48 AM

Its not really surprising that iran wasnt purchasing any parts,after keeping these aircraft operational for 36 years without boeing support iran has no doubt mastered the indigenous production of all the parts required for the maintenance,repair and refurbishment of airframe,avionics,and engines on its boeing and airbus,which is no small achievement on irans part,it also brings to mind one of the wests "generous" offers if iran scrapped its nuclear program was the sale of aircraft parts

Mastering the complexity of old technology is not always positive, you have to be exposed to new technology! compare this to moible phones..how good is it for you to know to master the technology of a 20 year old mobile device in the age of iPhone 6?