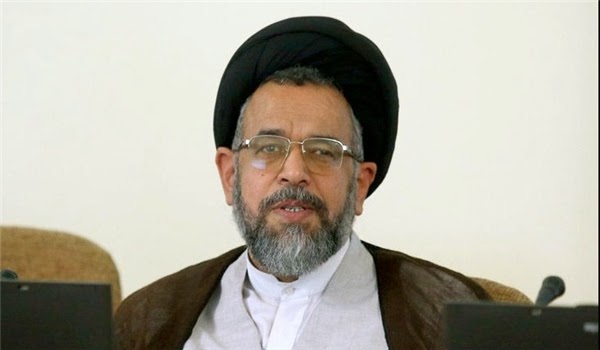 Iran’s Ministry of Intelligence and Security (MOIS) has “stopped and neutralized” two suicide bombers during the Quds Day rallies on 25 July, Minister of Intelligence Ali Alavi said during a Majlis briefing today. The Minister also said that MOIS has arrested 130 members of “Takfiri” (militant Sunni) groups plotting against the Islamic Republic.

Alavi added that the militants had “significant” amounts of explosives destined for use in an attack on a Shia holy city, and explosive belts were planned for suicide bombings in two separate provinces. He did not say if the holy city was Qom or Mashhad, and did not disclose the names of provinces the suicide attacks were planned to take place.

“The Ministry of Intelligence is in control in its confrontation against all internal and extraterritorial threats,” Alavi said. (Fars News Agency, 7 October)

Iranian government has been concerned about the rise of Sunni militancy in the region, and especially the rapid advance of the Islamic State insurgents, and its effect on the Sunni-dominated provinces forming a belt around Iran; including West Azerbaijan, Kurdistan, Ilam, Khuzestan, Hormozgan and Baluchistan.

ISIL controls territory in the Iraqi city of Jalula, only 50 kilometers from Iranian border. The concern is about the Islamic State’s ability to mobilize Iranian Sunni militant groups in border areas, as it has done in Sunni-dominated provinces in Iraq. The crackdown on Sunni militant groups, which the minister of intelligence was announcing today, is to prevent Sunni uprising from within those provinces and its possible link to ISIL, hence Alavi’s reference to internal and extraterritorial threats. The Iranian Sunni militants could also cross the border to participate in ISIL’s operations and then return back to Iran.

Could possibly be an attempted repeat of that horrible 1994 bombing of the Imam Reza shrine.

In new scenario, in Iran special military court to be established for cases related to Sunni- terrorism instead of normal civil courts. The proceedings to be completed within stipulated time frame. If anyone found guilty immediate execution to be carried out. No convicted terrorist should be fed in jail on the expanse of Iranian tax payers. The action should be stern and exemplary.