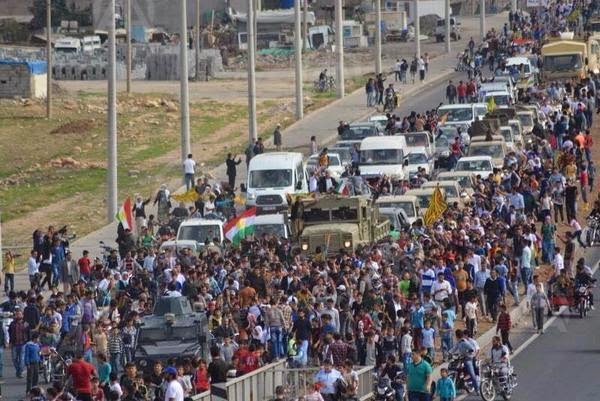 Meanwhile, U.S. CENTCOM announced 12 airstrikes against ISIL positions in Syria since Wednesday, including 10 in Kobane.

UPDATE I: The first contingent of Syrian Free Army fighters arrived in Kobane on Thursday 30 October.

UPDATE II: Forward elements of Peshmerga have entered Kobane in the early afternoon on Thursday 30 October.

UPDATE III: Peshmerga forces, in a dozen trucks and jeeps, escorted by armored vehicles, crossed from Turkey into Kobane on Friday 31 October. U.S. warplanes bombed ISIL positions in and around the city heavily to prevent it from attacking Peshmerga convoy heading into Kobane.

Photo above: In a hugely symbolic moment, the Peshmerga convoy was greeted by the cheering Kurds on the Turkish side of the border (Photo credit: Twitter) 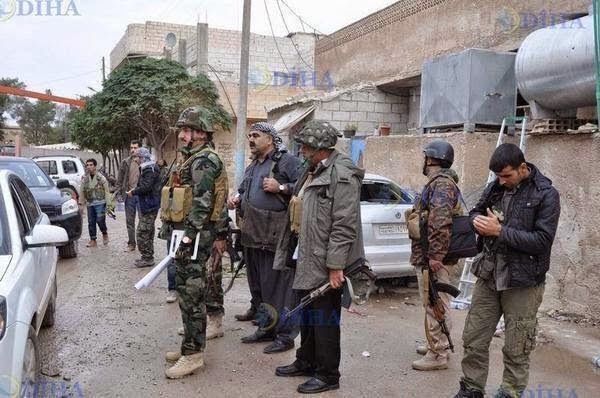